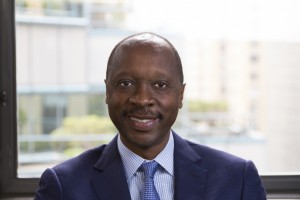 OM Asset Management plans to pay as much as $465 million for a 60 percent stake in secondaries specialist Landmark Partners as another example of larger firms buying interests in the alternatives space.

London-based OMAM is adding the firm to its stable of seven boutique affiliates in its management portfolio of about $218 billion. OM Asset Management CEO Peter Bain said the move toward buyouts came as hedge-fund returns have ebbed in recent years.

“There’s a general acknowledgement that the hedge-fund space, the traditional long/short publicly traded security strategies, kind of let their clients down,” Bain said on a conference call with analysts.

“When you look at the kind of returns that the long-dated, steadily delivered private equity and secondary private equity space have delivered to their clients, there is an increasing recognition that that is going to be an important way for institutional investors to hit their long-term obligations.”

Other big players making similar moves into PE include Aberdeen Asset Management, which paid an undisclosed sum for Flag Capital Management, adding about $6.3 billion in AUM from the middle-market firm.

On another front, more private equity funds are being deployed to buy stakes in GPs including a vehicle from Dyal Capital, a unit of Neuberger Berman, that bought positions in Vista Equity Partners, EnCap Investments and Providence Equity Partners. University of Michigan committed $50 million to Dyal Capital Partners III in June.

Not to be outdone, Goldman Sachs Asset Management plans to take minority interests in private equity GPs through its $1.5 billion Petershill II LP fund, according to a Wall Street Journal report. Others in the GP minority-stake mix include GP Interests LLC and Hycroft Capital LP.

Overall, it’s difficult to get pricing on these types of deals. While PE firms manage billions, their ownership interests may be much smaller. Pricing may be based on the amount of fee income the GP generates as well as the firm’s expected 20 percent cut of carried interest in funds.

Landmark’s Francisco Borges and Timothy Haviland, managing partners, will remain at the firm, with plans to continue their leadership roles.

Asked about whether Borges and Haviland would exit holdings in Landmark Partners as part of the deal, OMAM’s Bain said, “Not really, not in any meaningful way.”

All told, OMAM plans to pay $240 million in cash at closing, plus an additional $225 million tied to growth in the business through 2018.

OM Asset Management said the purchase-price multiple amounts to 8x to 10x economic net income generated by Landmark prior to financing costs. The multiple reflects only the expected earnings for OMAM generated through its Landmark deal; it’s not a way to calculate Landmark’s earnings, a source said.

Landmark Partners, which has raised 29 funds with $15.5 billion in committed capital since 1989, will tap OMAM’s distribution network to bring it into new markets.

As a pioneer in private equity secondaries, Landmark Partners moved into real estate funds in recent years and looks to real assets as “sort of the next wave that they are involved in,” Bain said.

Landmark has at least one top-quartile fund under its belt, the vintage 2004 Landmark Equity Partners XII LP.

Asked about the fundraising environment at the time in an interview with Buyouts last year, Landmark’s Francisco Borges said the firm concentrates more on performance.

“Quite frankly, we’ve never focused on the environment as much as we focus on doing the absolute best job we can in investing the capital and generating returns for our investors,” Borges said in a Talking Top Quartile interview.

“To the extent that we do that and do it well, it insulates us from what’s happening in the fundraising environment.”

Microsoft Corp’s $26.2 billion acquisition of LinkedIn Corp amounts to about 26x the target company’s projected 2016 EBITDA of $1 billion. The price rings up at 21x LinkedIn’s projected 2017 EBITDA of $1.25 billion, based on surveys of analysts by Thomson Reuters.

The deal, announced June 13, may seem expensive by PE standards.

But LinkedIn’s EBITDA is forecast to grow at least 20 percent over the next two years. Growing companies command higher multiples, especially in the tech sector.

That may be the thinking behind Vista Equity’s hefty purchase-price multiple for Marketo Inc. The $1.79 billion take-private of Marketo, announced June 1, amounts to roughly 81x the technology company’s projected 2018 EBITDA of $22 million.

To be sure, Marketo is a much smaller company with faster projected growth than LinkedIn. The company’s expected to go from negative EBITDA of $6 million in the current fiscal year up to $3.2 million in positive EBITDA in fiscal 2017. The following year, it’s expected to grow EBITDA sevenfold to $22 million.