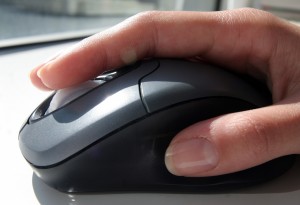 Among the few such deals is Vector Capital’s pending take-private acquisition of Saba Software Inc at $9 a share and an enterprise value of $369 million. The deal, announced on Feb. 10, values the equity of the software developer at $298 million.

In terms of pricing, the deal stands out even more, since it’s difficult to use a traditional EBITDA-based purchase price multiple because Saba Software has been working on a re-statement of its financials going back to 2012.

Not even the banker on the deal, Morgan Stanley, included an EBITDA multiple in a summary of the transaction. In marketing materials for potential clients, Morgan Stanley said Vector Capital agreed to pay about 2.5x estimated 2015 revenue, based on analyst projections for Saba, according to a document viewed by Buyouts.

It’s not a huge surprise that San Francisco-based Vector Capital stepped up as the buyer, since it already provided $45 million in loans to the company, according its website. In July 2013, Vector Capital inked a $25 million second-lien term loan to Saba. After the company agreed to switch auditors to continue work on the restatement, Vector Capital extended an additional $5 million in February 2014, followed by a $15 million tranche in September 2014.

The loans and the buyout of Saba Software came despite past troubles at the Redwood Shores, Calif.-based company.

Last September, Saba paid a $1.8 million settlement without admitting wrongdoing after the SEC alleged improper time-reporting practices by two former vice presidents so that Saba would hit its quarterly financial targets. From 2007 to 2012, Saba cumulatively overstated its pre-tax earnings by about $70 million, according to the SEC. Founder and ex-CEO Bobby Yazdani repaid $2.6 million in compensation under the clawback provision of Sarbanes-Oxley. He was not charged with misconduct, and he neither admitted nor denied the findings against the company in the order, the SEC said

Yazdani stepped down as CEO in 2013, the same year the company was delisted from the Nasdaq. It now trades on the OTC Pink Sheets. Current Saba CEO Shawn Farshchi, who was formerly COO, took over the job at around that time.

In December, the company announced a delay of its restatements and said it would evaluate its strategic alternatives.

Saba drew “multiple non-binding indications of interest” at a premium of its stock price of about $6.75 a share, according to Morgan Stanley.

Emerging as the winner, Vector Capital said it planned to “help Saba move beyond its financial restatement process and put the focus squarely on the company’s innovative cloud talent management platform and its blue chip customer base,” according to a prepared statement written by David Fishman, managing director and head of the private equity team at Vector Capital.

Vector Capital, a tech-focused shop that spun out of Ziff Brothers Investments in 1997, describes Saba as a pioneer in learning management with more than 2,000 customers, including energy companies, banks and auto makers.

Given that it has already been a lender to Saba, Vector Capital must know enough about the company to look past its accounting issues. It also gains a player that competes with SAP, Oracle, Cornerstone On-Demand, Tableau, SumTotal and Infor. Some of these tech names could emerge as a future buyer of Saba.

Lower leverage levels and strong balance sheets help attract executives to work at JLL portfolio companies and allow the firm to “give a guy a runway” to improve a business, Levy said. He faces a deal market where sellers expect 10x EBITDA-plus for companies. “I consider that a really high price,” Levy said.