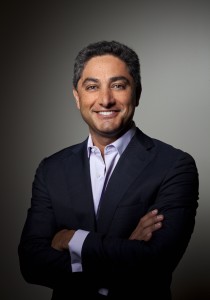 We were very fortunate to raise Fund II quickly. We raised a $300 million fund. We were very oversubscribed and brought into the fund our first institutional investors – several public pensions and large family offices. These investors have been great partners and continued into our Fund III.

What drove performance in Fund II was when we lined up a company that was growing because of real, underlying reasons, not because of a larger cycle, with a great management team, and where we could add value operationally. When these factors came together, we won. In Fund II, these companies were North American Coatings, Sizzling Platter, Tesla Motors, SolarCity, SpaceX and Marathon Pharmaceuticals. North American Coatings was exited through a sale to a strategic buyer. Tesla and Solar City were exited following their respective IPOs.

It hurt us in some ways. It made us better in other ways. It allowed us to generate some outsized returns. In any negative environment, you can choose to be a victim or you can find a way to win. We focused on those companies that we thought had the best chance of surviving and thriving. And we focused both our capital and our operating resources on these companies. If you look at our returns, you’ll see that the underlying volatility in the loss ratio was higher than we would’ve liked, but the actual return was higher than we otherwise would’ve had, because we were able to take advantage of some of the dislocations of the crisis.

With North American Coatings, it was a full buyout, but done with no leverage. Because it had no leverage, we were able to apply more capital to the company and attract more customers during the down cycle while competitors were hurting. As the recovery began, we were then well positioned to grow very quickly.

It did. We started out in 1995 buying single companies and running them all the way through and then we created our first fund in 2003, which was an SBIC fund. That evolved to where we are today, to a growth fund. As we prepared to raise Fund III, we sat back and looked at Fund II and the history of the firm. We learned that we’re good at partnering with high-growth companies that have great teams in place, and that we can help scale operationally. That’s all we’re focused on going forward in Fund III. We learned what works well for us and what doesn’t… The idea of doing a leveraged buyout in a cyclical business is not something we’ll do in the growth fund.

What are your views on leverage?

Our strategy is to invest with low to no leverage. Our current fund, Fund III, has virtually no leverage in the portfolio, and has not used leverage to enter any investment. Fund II did not use leverage at acquisition for most of the fund and, in fact, we moved away from the use of leverage at acquisition after the very initial fund investments. In an environment where we continue to see highly leveraged transactions, we are taking a different path. If a company can’t generate a return based on its growth, internal return of capital and profitability, then it isn’t something we want to invest in.

What are your key metrics in looking at deals?

We search for opportunities that have top-line growth, and we seek to understand the reasons for the growth and the sustainability of the growth. We also look for non-cyclical businesses that are growing fast. Typically, these companies are growing because they are disrupting their markets or addressing open-market segments.

You recently wrapped up Valor Equity Partners III with $490 million. How did that go?

A goal of the fundraise was to expand and diversify our investor base. We achieved this goal, adding corporate pension plans, utilities, a private endowment and a foundation.

Can you talk about your relationship with Elon Musk, CEO of Tesla and SpaceX?

We invested in PayPal [which Musk co-founded] and then Tesla Motors. Through these investments, we developed a relationship with Elon. We then invested in several other companies along with him. It’s one of those things where we’ve been good partners.