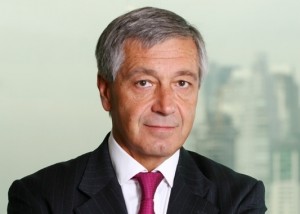 Carlos Garcia is co-managing partner and chairman of Victoria Capital Partners, previously known as DLJ South American Partners. Victoria spun out of Credit Suisse at the end of 2006 and became an independent firm in 2011. It operates out of Buenos Aires, São Paolo and Bogotá.

What was the fundraising environment at the time?

In 2007, it’s fair to say the fundraising environment for Latin America wasn’t as attractive as it later became. However, we had to deal with two problems. Even though the team had been working together for many years and the managing partners and I had a lot of experience doing private equity for many years at Credit Suisse, technically we were considered a first-time fund. We had to deal with the fact that many institutional investors don’t invest with first-time funds.

It was challenging because of that situation and because we were 49-percent owned by Credit Suisse at the time. We were an independent firm, but in the eyes of many investors we were also considered an affiliate firm. We decided to settle for a relatively small fund of $304 million and we knew all along that we would prove to investors that we were independent and we were not really a first-time fund. By the end of the investment period of Fund I, we had drawn in an additional $400 million in called investment capital. The combination of the fund capital and co-investment capital totaled $704 million.

What were the first investments from the fund?

In August 2007 we participated in the acquisition of the Latin American operations of McDonald’s, Arcos Dorados, or Golden Arches. It was an extraordinary investment for us. We sold shares in an IPO in 2011 and it was very successful. In September 2007 we bought BTS, Brazil Trade Shows, a company in Brazil to roll up trade show organizations. We sold that business in May of 2011. The third was Demasio Educational SA, a post-secondary education service provider in Brazil. We still own that company. The fourth was Technos Relógios, the largest maker of wrist watches in Brazil. We took it public on the Sao Paolo stock Exchange in June 2011 and did a follow-on offering in 2013, but we still own a piece of it.

Any particular deals that drove performance?

Arcos Dorados gave us a 10x and BTS was a very solid 3x. The other was the investment in Technos Relógios. Even though we still own a piece of it, it’s about a 7x for the firm. The rest of the companies in the portfolio also have very solid performances. It’s not like we have just two or three winners.

How did this fund contribute to the evolution of the firm or your strategy?

In 2011 when we raised a second fund, the ownership stake of Credit Suisse was reduced to about 25 percent and we changed the name of the firm to Victoria Capital Partners. Our business proposition was to replicate the strategy in Fund I. But Fund II faced much more benevolent market attitudes toward South American investing. The perception was much more open minded. We were no longer considered a first-time fund.

With Credit Suisse’s reduced stake, we were no longer considered an affiliate of a big institution. And Fund I had a very solid performance. We went to the investment community and told them we’re not going to change our strategy and we kept our fund size at $850 million, an increase of 20 percent of the total of $700 million we had raised in Fund I. We also added two new core markets in Peru and Columbia. Originally we had focused only on Brazil, Chile and Argentina. We were about 3x oversubscribed for Fund II.

Can you bring us up to date on the firm today?

Even though we’re a Latin American firm, we want to maintain the same analytical level, due diligence and investment discipline standards that we had at DLJ Merchant Banking (the name of the firm while it was a unit at Credit Suisse). We created a firm that combined the best practices of any big U.S. buyout house with the understanding and knowledge and cultural sensitivity to the region. The most important thing for us is not to be the biggest firm, but to be the most profitable. We want to be the top-performing firm in the region. That’s what we aim for. And that’s the value proposition we offer LPs.

Do you have an U.S.-based investors?