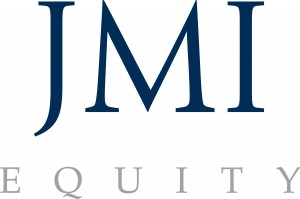 1 Take us back to 2005 when you launched JMI Equity Fund V. It’s often cited as one of the so-called golden years in the age of private equity, but at the time, growth equity investing wasn’t as popular as now. How much did the fund raise at closing and did you have a challenge getting your story out to LPs, given the dominant position by buyout funds and buyout deals back then?

We raised $300 million for JMI V. Our strategy has remained consistent since we started in 1992 and I think this continuity has been helpful. We’ve always been a multi-stage investor in growing software and business services companies. Our focus with JMI V and all of our funds has been to target high growth markets and partner with management teams to build valuable companies.

2 Given that most funds invest for three to five years after their fundraise, you would have run squarely into the financial crisis in the sweet spot of your acquisition period for the fund – how did you navigate those tough years of 2008 and 2009?

Fortunately, 2005 to 2007 was an attractive time to invest and we deployed all of JMI V during those years. In 2008, we recognized the severity of the financial crisis and pushed our companies to preserve capital, focus on quality and reduce risk. This strategy paid off as most of our companies emerged from the recession stronger and better positioned in their respective markets.

3 Take us through some of the fund’s biggest and best investments. When did you exit them?

4 It’s now nearly nine years since you launched JMI Equity Fund V – are you still holding on to any companies from that fund? Which ones and why?

We have a number of good companies and additional value remaining in the fund. Some of these were investments made in 2007. They’re still in our portfolio largely because the 2008-2009 economic environment pushed out the exits on a number of deals.

We make equity investments from $20 to $100 million, which enables us to be opportunistic and flexible. Our average investment has gone up as each fund has grown in size. We are now able to independently execute larger deals, but we are still focused on investing in the same types of companies. We look for high growth markets and companies with differentiated technology, then structure investments to achieve the owners’ objectives.

6 You took Halogen Software public on the Toronto Stock Exchange this year. How long do you think the IPO window will remain open and are there any danger signs now?

We’re not investment bankers, so we steer clear of making market predictions. As investors, we’ll take companies public when we think they’ll get paid for going public. That said, the majority of our exits are sales to strategic buyers, and we think that trend will continue.

7 The Wall Street Journal declared 2012 the year of social software for IT deals. Any thoughts on what the 2013 IT deal of the year could be based on what you’re seeing?

We think more about the decade of software as a service [SaaS] than the year of anything.  Cloud adoption impacts the entire technology landscape – from Amazon, Microsoft and VMware to Salesforce, ServiceNow and Workday. JMI has made 19 SaaS investments over the last nine years. The movement to the cloud is a decade-long megatrend that will have many winners.