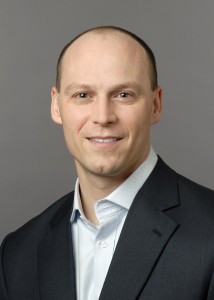 Nathan Sanders stepped into what was effectively a new position when he joined Technology Crossover Ventures as a general partner and head of investor relations in September.

With today’s limited partner interested in scrutinizing not just a firm’s investment strategy, but the operating details of its portfolio, it was time for a change at the Silicon Valley firm. IR had previously been handled by TCV’s general counsel.

While heightened LP engagement grew out of the global financial crisis of 2008 and 2009, it continues today with venture on the upswing. The result is a greater desire for company-by-company portfolio analysis, not just to follow equity performance, but to understand nuances, such as which startup has the greatest revenue growth, the shortest time to profitability, the highest multiples and the biggest difficulties.

Sanders said his goal is not just to provide details, but to make every conversation insightful.

“LPs have more choices,” he said. Yet “in most cases they are selecting fewer GPs with whom to invest. That elevates the bar for performance and it certainly elevates the bar in terms of engagement with them.”

VCJ spoke with Sanders about his approach to IR. What follows is an edited transcript of the conversation.

Q: How is the investor relations function changing?

A: The level of insight and information that LPs are looking at getting from a GP, and the depth at which they are trying to understand a GP’s strategy, portfolio and organization, is much deeper than it has been in the past.

You see the large cap firms investing a ton in IR. And you’re seeing that dynamic to a lesser extent go all the way down the chain to the average venture firm, which now has a dedicated IR person or a dedicated GP or two in charge of overseeing IR.

Q: How has TCV’s approach to IR responded to this change?

A: Within the scope of IR, there is a very broad definition at TCV. It can include everything from capital strategy and how we think about that to engaging with our existing investors and making sure they feel extremely connected with the firm.

In many ways, LPs are looking to see a lot of the same things that we’re looking at seeing internally. In many cases they are not going quite as in depth.

Q: Is it a big adjustment for TCV?

A: Oh, certainly. I’d say, plus or minus, we were in the old world where we had an annual meeting and we connected with our investors once every four years when we were raising funds.

The firm’s goal and my personal goal is that TCV brings the same level of capability and expertise to the investor-relations side of things as we do to the investment side. I believe that is why the firm made an investment in me.

Q: How do you plan to execute on your vision for IR?

A: The execution plan is making sure that there is an ongoing cadence with investors. The reality is that one of the results of this increased scrutiny on portfolios is the limited partners are much busier than they have been before.

You’ve got to engage with them on a regular basis and in a way that is crisp, concise and insightful, so that they get what they need at a meeting every, plus or minus, quarter.

Part of it is making sure that those conversations really are insightful for an LP. LPs should expect that every conversation is not just informative, but should generate insights for them about something, such as the environment, the way we’re making decisions, some broader theme, where they walk away from that conversation having learned something.

Q: How much LP interaction do you expect to provide?

A: The touch points vary. There are events-driven communications, where there is something that happens with the firm. Such as we make a new investment, or we sell an investment, or there’s an organizational change in the firm. LPs should know about them instantaneously.

The second thing is around regular reporting. Every GP produces a quarterly report. The question is how consumable it is for the LP and how much insight does it generate? For an LP who is extremely busy, but at the same time needs to understand what is going on with his or her portfolio, being able to provide on a regular basis reporting that gives them the insight they need about their investment with TCV is what we’re focused on.

I would say the third piece is the human interaction. And I think the pace of that depends on the appetite of the LP. In some cases, that is a phone call every quarter. In some cases that is making sure there’s a face-to-face meeting once or twice a year in addition to the annual meeting.

Q: Where do you see LPs most interested in drilling deeper?

A: It’s a lot of things. They want to understand the portfolio at a deeper level than before and at a greater frequency than before.

In the old world, an investor would go to an annual meeting, get a general update on primarily fund return performance and get that once a year, and then once every four years when there was a fundraise they would probably dig into the portfolio a little bit more.

Today, LPs ranging from the largest who sit on a GP’s advisory committee, to even small and mid-sized LPs, for whom an investment with a venture or growth firm is a substantial amount for them, the people in charge are now very focused on being much more hands on and understanding the portfolio.

Q: Do most firms understand this changing approach to IR?

A: VCs, who for lots of good reasons haven’t invested as much in the function, may be surprised.

One of the unique dynamics of the industry is that the major events of fundraising and IR happen once every four years. Because of this four-year cycle, what you’re seeing is that as firms raise a fund in 2012, 2013, 2014, or 2015, there is a wave of firms experiencing this new world for the first time.

For a VC who raised his last fund in 2006 or 2007, or maybe even 2008, that was really easy time to raise money. This is the first time that a lot of GPs are going through this new world where LPs expect and deserve more than they got in the past.