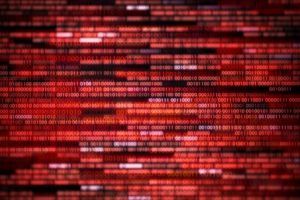 Technology Crossover Ventures is selling a strip of assets out of older funds in a deal that could be valued at $1 billion or more, three people with knowledge of the deal told Buyouts.

The deal, a strip sale, is one of the various forms of GP-led secondaries that are helping to drive the market to what will likely be record activity levels this year. Sales of strips of portfolio assets have not been as pervasive as other forms of GP-led deals like multi-asset continuation funds and single-asset deals.

“You’ll see a lot of private equity and venture managers take advantage of strip sales, preferred equity and in some cases multi-asset GP-leds to send some distributions back to investors,” a secondaries buyer told Buyouts in a recent interview.

“If you think about the run-up in public [market valuations], and particularly enterprise software, for example, and a few other sectors beloved by venture, they’re going to be sitting on such elevated return positions that it is almost indubitable they think about liquidity options via the secondary market,” the buyer said. “In effect, the market patterns that have occurred post-Covid will drive a lot of volume on that side.”

TCV is selling 13 “relatively mature” companies out of various funds, one of the people, a secondaries buyer, said. The deal is being syndicated out to a group of buyers, the person said.

Lazard is working as secondaries adviser on the process. Katja Gagen, spokesperson with TCV, declined to comment Wednesday.

It’s not clear what funds the assets are coming from. TCV announced it closed its 11th flagship fund on $4 billion in January.

As the name indicates, TCV straddles both VC and growth, with a focus on technology. It managed about $22.5 billion as of Dec. 31, 2020, according to its Form ADV. TCV’s management company’s principal owners are Jay Hoag and Richard Kimball, who founded the firm in 1995.

Strip sales, as classified as secondaries directs, represented only about 3 percent of about $60 billion of total transaction volume in 2020, according to the full-year deal volume report from Campbell Lutyens. By contrast, GP-led deals like continuation funds were about 40 percent of total deal activity, and LP portfolio sales were about 43 percent, the report said.

Strip sales have remained a less prominent part of the GP-led secondaries world, though they may get more attention as secondaries buyers look to diversify away from the big concentrated asset bets they made earlier in the year, according to two buyer sources.

“You’re starting to see it happen on the growth side,” one of the buyers said about strip sales, stressing that the deals are generally smaller, in the $200 million to $300 million range.

One the biggest strip sales happened in 2017, when Warburg Pincus sold a strip of Asian assets out of its 11th fund in a deal valued at around $1.2 billion. Lexington Partners and Goldman Sachs were the largest buyers in the deal.