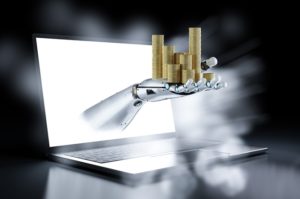 Technology strategies are likely to be a driver of this year’s fundraising after bringing in an especially large chunk of fresh capital in the first quarter.

Seventy-eight software and tech funds collected about $55 billion in Q1, nearly half of the total raised in North America, according to preliminary Buyouts’ data. By comparison, in 2020 – a year of robust tech fundraising – the strategy’s share was a more moderate 30 percent.

A handful of fundraisers accounted for much of Q1’s big haul. The top closing was Silver Lake’s sixth flagship buyout vehicle, which at $20 billion is the largest tech PE pool on record. In addition, Blackstone raised $4.5 billion for an inaugural growth fund with a tech focus, while TCV secured $4 billion for an eleventh growth flagship.

Tech fundraising has risen sharply in the past decade. In the North American market, capital flowing into offerings has been particularly high since 2016, averaging $100 billion or greater per year. Last year, 200-plus funds took $115 billion, led by Thoma Bravo’s 14th flagship vehicle, closed at $17.8 billion.

An explanation for the trend is not hard to find. Tech valuations climbed skyward in recent years, contributing to outsized performance for specialist PE funds – above all, software buyout funds. This brought more limited partner capital into the space.

The main beneficiaries of plentiful LP supply are established brands like Silver Lake and Thoma Bravo.

Along with money, the tech space attracted new players. They include emerging managers led by general partners who earned their spurs at major tech PE shops. A good example is BayPine, co-run by David Roux, a founder and former co-CEO and chairman of Silver Lake. It is targeting $2 billion for a debut fund, the Wall Street Journal reported.

Too many tech funds?

Software and tech showed resiliency last year, the health crisis notwithstanding. In fact, covid-19 is widely viewed as having accelerated digitalization, making 2020 “a tipping point of historic proportions” for tech adoption across regions and industries, according to McKinsey and Company. This is expected to fuel deal-making.

Spurred by a post-pandemic recovery, tech fundraising this year and beyond could outdo trends over 2016-2020. If so, the $55 billion collected in the first quarter is perhaps a harbinger.

Orlando Bravo, managing partner of Thoma Bravo, is among those investors who are unconcerned by the prospect of too much money chasing deals. In January, he told Buyouts the fast-growing sector “can absorb it.”

(This story was updated to add names of GPs marketing tech funds.)