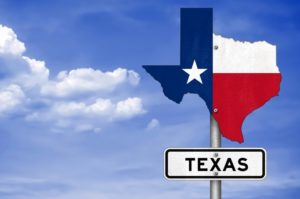 As distributions flood into Employees Retirement System of Texas from its private equity program, the system plans to increase its exposure to the asset class.

After deploying $800 million in fiscal 2021, the board of trustees this week approved the 2022 fiscal PE plan that calls for another $800 million of commitments to private equity.

The plan has a range of $600 million to $1 billion to allow for flexibility in the pacing.

“We had a very active year, saw about a $1 billion of capital being called or money being deployed to private equity and money was also distributed back to ERS,” said Lyra. “We had a great year when it comes to liquidity as over $1.2 billion was returned to ERS between September 2020 and June of this year and we expect to close this year with $1.6 billion in distributions.”

Lyra and the rest of the PE staff expect to commit an additional $65 million before the end of this fiscal year, bringing total private equity committed capital for FY21 to $864.6 million. The system has a 13% target to private equity, with an actual allocation of 17.4%. Staff has some concerns about what impact the Delta variant may cause, Lyra said at the board meeting this week. Lyra is confident the team can successfully execute the tactical plan for 2022, just as they did in 2021.

“We are worried about Delta variant but don’t foresee major disruptions to the overall recovery trend in PE and the level of distributions that we have gotten,” Lyra said. “We have seen great value growth, with distribution outpacing capital calls.”

Specific details of the fiscal 2022 plan were not discussed. Information technology made up 15 percent of the PE program’s net asset value, with industrials at 14 percent, health care at 11 percent, consumer discretionary at 8 percent and energy at 8 percent.

The 2021 plan also included diversification geographically. About 54 percent of the NAV came from within North America, 27 percent from Europe, 16 percent from Asia, 2 percent in Latin America and 1 percent in central Europe, the Middle East and Africa.

According to the presentation and accompanying slides, PE activity for 2021 includes eight commitments to existing managers and four new relationships and 10 co-investments that total $799.6 million. The co-investments accounted for $186.1 million of the fiscal year 2021’s commitments through June.

Since its inception in the fiscal year 2008, The ERS has closed on 125 PE funds and 67 co-investments with commitments totaling $11 billion – 105 funds and 57 co-investments are active, representing $9 billion in committed capital with $2.9 billion unfunded, according to the presentation from the meeting.

The ERS portfolio metrics as of June 30 have a total of $10.94 billion in commitments, $8.92 billion in capital calls, $6.7 billion in distributions and $2.89 billion in uncalled capital.

The ERS was able to achieve a 300 basis point margin above public markets, but Lyra said that will likely not be obtainable going forward.

“Right now there is lot of dry powder in the market, as the industry matures we will see that 300 basis point margin of public markets, it will start diminishing because there is so much money chasing deals, so the returns will start to be squeezed a bit,” he said. “But do I think it will ever get to zero? No, I don’t – there will always be a premium but we might have to start looking at the 300bp margin and reevaluate.”