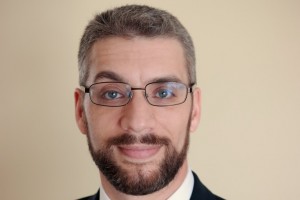 Texas Municipal Retirement System is on track to commit an additional $500 million to private equity this year, inching closer to its strategic target allocation of 5 percent by 2020, according to Christopher Schelling, director of PE for the system.

The $25 billion system is a recent entrant into PE investments. In 2015, Schelling joined Texas Municipal and StepStone was hired as the non-discretionary adviser to build the $1.5 billion private equity portfolio.

The PE strategy has focused on a mix of buyout, growth and special-situations investments, presentations on the system’s website show.

To date, $270 million of the $1.1 billion committed has already been invested since the program’s inception, Schelling said.

The new relationships would be a mix of established and emerging funds, he said. Debut funds by emerging managers with good track records and performance have found favor with Texas Municipal.

“I want a Fund I upside with a Fund III risk,” Schelling said.

Likewise, LightBay Capital, founded by original members of Ares Management’s PE group, also received a $40 million check for its debut fund from Texas Municipal in December 2017.  It had a “compelling investment mandate,” he said. Part of the fund’s special-situations mandate is to invest in undercapitalized businesses, a Dec. 7, 2017, presentation on the website shows.

An interesting aspect of Texas Municipal’s PE-manager-selection process is the personality and attitude assessment for GPs. Schelling wanted a “quantifiable” measure on important criteria like integrity, social skills, aggression and decision making.

After exploring multiple vendors, Schelling selected an online test by Profiles International. The test has modules on general aptitude and personality characteristics, and provides a range of scores across the spectrum of senior managers in similar roles.

“There are no right or wrong profiles,” Schelling said, adding that the results are particularly valuable in assessing two-manager teams. The results help him understand the dynamics of the team and how team members complement each other. “If a key man leaves, we know what attributes to look for in the new hire,” he said.

Since its implementation a year and a half ago, nearly 50 managers have taken the test, according to Schelling.

There has been no pushback from GPs and “many view it as free HR advice,” he said.