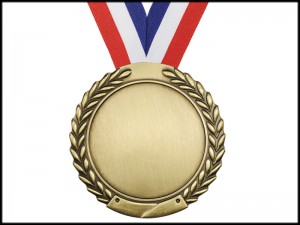 Out of 83 2007-vintage domestic buyout funds in our return database that provide investment multiples, only three managed the feat. Far more than that, 15 funds, or 18 percent, have recently been underwater—a result that, if it doesn’t improve, could well spell the end of their fundraising hopes.

“You combine high purchase multiples going into a recession with lots of debt and you’ll likely have problems with the underlying portfolio companies,” said Kelly DePonte, managing director of placement agency Probitas Partners.

Just how much impact the performance of the 2007 vintage has on overall industry returns remains to be seen. U.S. buyout firms raised nearly $300 billion in 2007, more than the industry raised from 2001 to 2004 combined, and more than triple the roughly $90 billion that was raised in 2000, a record at the time. The lackluster 2006 vintage corresponded to another big fundraising year, and together 2006 and 2007 account for some half a trillion dollars in fresh capital raised. Their results will likely drag on industry returns for years to come, perhaps discouraging investors from making a bigger commitment to the asset class.

All told, our return database includes 591 domestic buyout funds spanning vintage years 1981 to 2007. The data, most of it current through year-end 2011, comes from some two dozen public pension funds and other institutional investors that make their results public (see the footnotes at the end of our table of fund performance for a more detailed explanation of our methodology).

To be sure, the 2007 vintage faced stiff headwinds—a credit crunch that started in mid-2007, a financial crisis that culminated with the fall of Lehman Brothers in September 2008, and an 18-month recession that lasted from late 2007 to mid-2009.

It could have been worse. In the run-up to the downturn the markets were so inundated with credit that lenders had lost much of their negotiating power; many of the loans they ended up signing lacked the strong covenants that, in the dire times to come, might otherwise have forced sponsors into technical defaults.

Meantime, the Federal Reserve took a variety of actions to reduce interest rates, an effort to lower the borrowing costs for businesses and cushion the impact of the recession on workers. As a result, many investors seeking high-yielding fixed-income instruments turned their attention to the below-investment-grade corporate loan and debt markets. The subsequent, sudden boom in the credit markets in late 2009 and 2010 enabled poor-performing companies to refinance their obligations rather than succumb to bankruptcy or other unwelcome outcomes.

Luck played a part in the success of some 2007-vintage funds. Those that began investing their funds rapidly at the beginning of 2007, especially in cyclical businesses, got hit the hardest. Those that got started late in the year benefited from their ability to adjust their strategies to new economic realities and not to have to care for sick portfolio companies purchased in healthier times.

Some firms enjoyed far more than luck. They were patient. “One thing we learned is that in the first 12 months of a downturn you don’t invest,” said Michael Psaros, managing partner and founder of New York turnaround shop KPS Capital Partners, pointing to the 20 years of experience he and his partners have investing together, through four down cycles. In fact, prices looked too high to KPS Capital in both 2008 and 2010, while the year in between saw many turnaround firms invest heavily only to realize the economy still had a ways to fall before rebounding only feebly. “We stood back and watched large amounts of [turnaround] capital chasing falling knives and being incinerated contemporaneously with their investments,” said Psaros.

The firm, which began investing in November 2007 what eventually became a $2 billion fund, deployed its capital very selectively until 2011, when finally conditions turned to its liking. In the last 12 months the firm has seen a burst of activity, investing 35 percent of the fund’s capital, and launching five platform companies, out of the 10 in the fund; its latest is Waupaca Foundry, one of the world’s largest iron foundry companies. The firm still has 25 percent of the fund left to deploy before November 2013, when its six-year investment period ends.

While yet to exit any of its Fund III investments, and holding its latest deals at cost, the firm through dividend recaps has returned all invested capital plus a profit in three portfolio companies, among other distributions. As of year-end, the KPS Special Situations Fund III LP had generated a 1.70x investment multiple and and a net IRR of 22.50 percent for backer California Public Employees’ Retirement System (after a premium 25 percent carried interest). That makes it one of the best-performing in our collection of 2007 vintage funds.

Vista Equity Partners Fund III takes the gold medal for the top-performing 2007 domestic buyout fund in our database for which we have IRRs. Through March 31 the fund, earmarked for investments in software and technology companies, has generated a 33.80 percent IRR and a 2.08x investment multiple for backer Oregon Public Employees Retirement System. Robert F. Smith, the chairman and CEO of Vista Equity, attributed that result to a “relentless” focus on improving company performance and “exceptional transaction execution.” A 12-member consulting team on staff introduces some 50 best practices (so-called Vista Specific Operational Improvements, or Vista SOPs) to portfolio companies, including a system of staff training. “We install them in every single company we buy, without fail,” said Smith. “Our involvement is measured in man-years, not man-hours.”

The effort pays off. According to Smith, the firm has yet to lose money on any of its more than 60 control-stake transactions over its 12-year history. And the half-dozen or so platform companies in the 2007 vintage fund barely seemed to have touched by the weak economy: EBITDA growth across the portfolio, which has had two exits, stands at 4.2x, Smith said.

One of the best-performing companies from Fund III was Sunquest Information Systems, which the firm sold to Roper Industries Inc. late last month for $1.4 billion. Under Vista Equity’s ownership, the laboratory diagnostics software company became more focused by reducing its new-product-development channel to fewer than 20 products from some 57. It expanded sales of a promising bar-code-based specimen collection management system that reduces errors in hospital lab work. And it completed a series of add-on acquisitions. EBITDA grew to $121 million from $47 million over a five-year holding period and the firm ended up generating a 5.4x cash-on-cash return on the deal, according to Smith.

Vista Equity’s performance has been so consistently strong that, for its oversubscribed $3.5 billion fourth fund closed this spring, LPs agreed to a 30 percent carried interest should the firm achieve a 3x investment multiple.

In easier fundraising times a performance-based carry like that might be taken as symptomatic of a bubble. Today, with LPs highly selective, and determined to drive down costs, it’s a welcome reminder that investors are still willing to reward hard work and exceptional results.

(CORRECTION: KPS Capital Partners began investing its third fund in November 2007. The original version of this story incorrectly said the firm closed its third fund at $2 billion that month. The fund originally closed at $1.2 billion in May 2007 and was later upsized to $2 billion.)