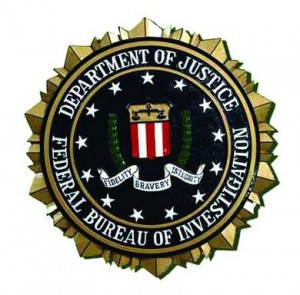 At November’s Super Return conference in Paris, there were three main issues which cropped up time and time again. One was debt, which has been vexing the minds of GPs for the past two years. The other two issues are more recent additions to the agenda, and are inextricably linked: they concern improving the image of private equity and the growing threat of increased regulation.

The spectre of more government scrutiny has coincided with increased, and very often negative, media coverage, and with the Department of Justice’s (DoJ) anti-competition probe appearing to be more wide-ranging than was first thought, there are many buyout managers feeling anxious. Since the initial letter sent by the DoJ in September, it now appears that the recipients of said letter – Carlyle, Clayton Dubilier & Rice, Kohlberg Kravis Roberts, Merrill Lynch and Silver Lake Partners – are being asked to provide details of all club deals since 2003, including emails.

And just as this news was sinking in, a class action lawsuit was launched against 13 buyout firms accusing them of violating federal antitrust laws by colluding to artificially limit the competition over deals. The suit has been launched by three shareholders in companies that have recently been the subject of private equity acquisitions. The defendants are Apollo Management; Bain Capital; Blackstone Group; Carlyle Group; Clayton, Dubilier & Rice; Madison Dearborn Partners; Merrill Lynch; Providence Equity Partners; Silver Lake Partners; Texas Pacific Group; Thomas H. Lee Partners; and Warburg Pincus.

Thane D. Scott, a partner at law firm Edwards Angell Palmer & Dodge, says this sort of thing is fairly typical. “The antitrust laws in the US are set up to make it easy for plaintiffs to launch lawsuits. If they win they can get paid three times their damages as well as attorney fees. Whenever there is a government investigation, there’s usually a suit launched along similar lines, and there will probably be others, although I think this is the first of some, not many.”

The timing of the suit looks like a cynical attempt to ride on the coattails of the DoJ investigation and to tap into the current concerns over private equity expressed in various sections of the political and media world. The word from the States is that this latest effort to attack the large LBO firms is likely to fail as there appears to be no evidence, or at least no smoking gun.

But it has added to the nervousness. One source, a VC from a US firm, said that some of his buyout contacts are realistically contemplating seeing some of the senior partners at the mega-firms being carted away in the back of police cars in handcuffs as a result of the DoJ’s probe. Scott says: “The sky isn’t falling in and it’s too early to say that the coast is clear. No private equity firm can say with any confidence they won’t be dragged into it.”

The ever-cheery Dan Finkelman, partner at US law firm Proskauer Rose, reeled off a list of threats from government to the future of American private equity at the Super Return conference, mentioning the increased media attention, Sarbanes-Oxley, the challenge to established practices, the DoJ investigation, the focus on transparency as well as the increased pressure on pensions to generate high returns, leading them to private equity, resulting in even more governmental scrutiny.

And in the midst of all this action over in the US, the Financial Services Authority (FSA) launched their report, and what a report it was. Rarely can a publication from a public regulatory body have been so warmly welcomed by the industry it is investigating, and despite the best efforts to sensationalise it by certain sections of the press, everyone seems to agree that they are pretty great and thanked the FSA for acknowledging it.

The details of the report and its reception are treated in more detail by Anthony O’Connor in the ‘Legal and Regulatory’ section of this issue, but suffice to say that if all future pronouncements by the world’s regulatory and governmental bodies churn out something as bland – sorry, supportive, then fund managers the globe over will have every right to look smug.

“I think everyone breathed a sigh of relief,” said Chris Hale, partner at Travers Smith, of the industry’s reaction to the FSA’s love letter. Hale has long been an advocate of the need for private equity to sell itself better and the FSA hasn’t changed his mind. “There is a perception problem with private equity and it is something that private equity is becoming aware of.”

Indeed it is, but as an industry it’s been singing this song for at least two years and not much has come out of it, apart from some vague talk about a trade body for the US giant firms. To its credit, the BVCA does try its best and it works tirelessly with the UK Government behind the scenes, but as a cheerleader, its influence is limited.

Private equity can remain private no longer and the reason, says Hale, is because “private equity is now so important to Western economies. Regulators are focusing their eyes on private equity, and the FSA and the DoJ investigation are just examples of this.”

Another example was the grand meeting of the world’s leading tax authorities in October this year in Seoul, South Korea. During the course of their deliberations they expressed concern over the tax minimising efforts of private equity, effectively accusing it of tax evasion. With the amount of money now at their disposal, firms are able to take more companies out of the glare of the public markets, a trend making tax authorities more than a bit twitchy. The Seoul meeting appeared to view private equity as a mysterious and opaque assets class, perhaps even sinister, and the report produced on the back of it argued the lack of transparency among private equity-backed businesses was making it difficult to persuade quoted bodies to be more open.

The UK Treasury made its intentions clear in this respect back in February when it revealed it was considering increasing capital gains tax from about 10% to 40% and working out ways on how to tax fund managers more on their carried interest. The BVCA appears to have won a concession over the capital gains tax idea, but the review of how much carried tax PE executives should pay on their carried interest is still up for grabs, with the Treasury arguing that if investment bankers and lawyers have to contribute to the national purse when they are awarded bonuses, why shouldn’t PE fund managers.

UK private equity professionals argue the industry is already regulated enough, a fact recognised by the FSA. In the UK, fund managers have to comply with the FSA rulebook, and are also bound by corporate law in the form of the Takeover Code. Hale says: “There is no need for an extra layer of regulation specifically aimed at private equity when they are already bound by existing codes. There is no evidence they are using leverage in a highly dangerous way so there is no need to subject the asset class to more rules.”

The Confederation of British Industries (CBI) would appear to disagree with such sentiments though. The organisation’s director-general Richard Lambert said in a CBI conference held in late November that he is worried about the amount of leverage being used by PE funds to acquire companies, and believes it should be a matter of public policy now so many businesses across such a wide range of sectors are in private equity hands.

To those who have been working in the industry for more than a few years, such views are commonplace, but the fact they have come at a time when governments all over the world, not to mention various bankers and fund managers, are beginning to express their concern over the influence private equity wields over global economies adds to the very palpable sense that the industry is somewhat under siege from all quarters. Such attention is only going to increase if the stats are anything to go by. According to consultancy firm Greenwich Associates, most UK pension funds are seeking to reduce their public equity exposure by 2008 by over half, and the Office of National Statistics (ONS) suggests UK pension funds still hold almost €730bn of public equities at mid-2006, meaning there is €365bn looking for a new home. Over 30% of pension funds surveyed by Greenwich Associates intend to increase their private equity exposure over the next two years.

As a result, private equity most definitely becomes an issue for governments. When the fate of a nation depends on an industry, you can expect politicians and regulators to come sniffing round. An international threat along these lines seem unlikely, the EU seems to have taken a similar attitude towards private equity as the FSA, but this does not rule out the possibility of some future government acting on its own to clamp down on private equity.

There is also still the threat of MiFID to be faced. The Markets in Financial Instruments Directive (MiFID) and the Capital Requirements Directive come into force in 2007, an attempt by the EU to create a single and unified financial services market. The BVCA has been worried enough to consult with the EU Commission, the British Treasury and the FSA over the matter, and has been able to make some changes, but the extent to which private equity falls within the remit of MiFID is unknown – the directive is aimed at large financial conglomerates, introducing, among a raft of other things, new and more extensive requirements for businesses in relation to their transparency and ability to complete cross-border transactions.

GPs seem resigned to the fact that regulation will increase, the question mark is over to what extent. Private equity is becoming a political issue and as such becomes a target for regulation. The need to improve private equity’s image is growing and the industry can no longer afford to sit back while negative headlines continue to rack up painting the industry as untrustworthy, asset strippers and secretive. As Finkelman of Proskauer Rose says: “What we are doing is really not private anymore. We have to realise that we are a major public force.”