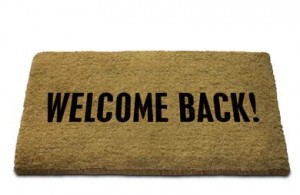 After flourishing briefly in the breathless rush of the late 1990s and first year of the new millennium, corporate venturing subsided back into its little regarded, quietly industrious niche following the dot.com bust. Outfits like Siemens Venture Capital, Intel Capital and myriad units at multinationals such as BASF, Shell, Deutsche Telekom and BT carried on investing in start-ups and early stage companies relevant to their sector, without ruffling the feathers of the growing independent VC community.

With the advent of the global downturn and credit squeeze, VCs’ restricted access to new funding has opened the way for corporate VCs (CVCs) to mount a renewed assault on the market, strengthened in their mission by corporates’ urgent need to innovate themselves out of recession and to compete with new business models, products and services coming from the Far East.

“In 2009 corporate venturing was the most resilient part of the venture industry in Europe,” says Georges Noel, head of the European Venture Capital Association (EVCA). “These units have long-term horizons, they don’t have the liquidity problems of 10-year funds, they can now acquire stakes in companies for very low prices and they have very strong networks to help them sell assets. Most breakthrough technologies are invented in crisis years, so they are in a very good position to harvest these technologies.”

Noel has been cheered by the relatively high level of continuing investment among CVCs during the downturn, pointing out that between 2007 and the first half of 2009, 49% of European CVC investment went into start-up companies, versus 33% of the overall VC pot. “CVCs are looking for windows of new technology,” says Noel. “Traditional VCs will focus on financial return, whereas a biotech corporate, for example, will be looking for early stage companies in a scouting operation. They want to have a first option.”

There are now between 80 and 100 structured corporate venturing units in Europe, according to Noel, along with new developments such as Siemens’ recently announced US$200m fund-of-funds. “It is a very sophisticated part of the market. CVCs are important as co-investors, they have great commercial networks, and strategic perceptions and can bring expertise and competence to the benefit of smaller companies.”

Taking up the slack

The return of CVCs is part of a wider survival strategy, according to Gil Forer, global director of venture capital initiatives at Ernst & Young. “Many large corporations recognise they cannot compete effectively by relying on in-house research and development alone. We are seeing a significant uptake in corporate venture capital,” says Forer.

At T-Venture, the corporate venturing arm of Deutsche Telekom, CEO Georg Schwegler confirms that the current environment is conducive to his business model. “A lot of venture funds have issues raising money. In the US there are maybe 1,600 VCs and probably 10% of them can raise new funds. The others have to concentrate on their portfolios. So companies ask themselves ‘who’s left? Who can help us achieve corporate growth?’.”

T-Venture typically invests in B or C rounds “so that we have a product,” says Schwegler. “The valuation may be lower than two years ago, but the critical factor is the liquidation preference. How much money has to be paid out before I earn money back? In the current environment this question has been a deal-breaker for us. Sometimes I have seen a company with zero revenue and a US$30m valuation. Good deals tend to be a little more expensive.”

Schwegler does not anticipate the independent VCs returning to the market before the end of 2011. “Their willingness to invest in new companies has really shrunk. What is needed is for limited partners to come back to the table and say they want to invest in VCs as an asset class. At the moment, it is probably still a bit overweighted in some LPs’ portfolios. They won’t invest again until the rest of the portfolio comes back up.”

While the traditional VCs are quiet, Schwegler denies any sense of competition between CVCs. “You need more than one investor for a good deal, so we’re not fighting with one another. We’re working with other corporate investors in the telecoms and IT industries as well.” Most importantly, there is the prospect of new opportunities, as companies develop imaginative solutions to the challenges of the recession.

“You always feel there are disruptive changes coming out of a crisis. There are structural changes in IT, in networks, in IP technology, in mobile technology. It is a really exciting time, but you still need to watch your existing portfolio and prepare for IPOs. The overall mood is to do IPOs in 2010.” Contrary to the prevailing mood of 2009, T-Venture managed to conduct three IPOs during the year. “At the beginning of the year we thought it would be a crash, but by the end it didn’t look so ugly,” says Schwegler.

T-Venture has around 60 active portfolio companies, including mobile, fixed line, Internet and business systems, with the majority of its investments in the US. In common with many CVCs, Schwegler is at pains to stress the need for both strategic and financial investment rationale. “We want to achieve capital gain, and to leverage Deutsche Telekom’s activities,” he says. “This could be to decrease its cost base, or to add new revenue streams.”

The potential upside of corporate venturing, as Simon Walker at law firm Taylor Wessing explains, includes “extracting more value from existing assets and contracts, in terms of routes to market, partners, customers and intermediaries, exposing potential new customers to core activities, entering new markets and diversifying the products on offer, or hedging against competitor strategies. Venturing can also be used to generate organic growth by making better use of existing resources.”

At secondary investment specialist Coller Capital, Stephen Ziff has seen the corporate venturing market gearing up for action in recent months. “There was certainly corporate activity in Q4 of 2009; people were continuing to acquire businesses. And I think that relative to last year, you would expect there to be more activity this year, where people see strategic opportunities.” For Coller Capital, the biotech, software, semi-conductor, media and entertainment sectors are all on the radar screen, with cleantech emerging as another option, according to Ziff. “All things being equal, if there’s a shortage of financial investors and corporates are in robust health, there they are likely to invest,” he adds.

Coller Capital has carried out some of the largest-ever secondary VC transactions, forming a US$1bn joint venture to acquire the Shell VC portfolio in 2007 and in September 2009 acquired a significant shareholding in 3i’s technology and life science companies alongside HarbourVest and DFJ Esprit. Managed by Encore Ventures, the first fund of the former 3i assets will have a maximum asset value of US$280m, according to Coller’s announcement at the time.

Despite the evident enthusiasm for corporate venturing and the benign economic and commercial conditions, not everyone is convinced of the fundamental rationale for the practice. Some business commentators argue that the potential pitfalls of corporate venturing may outweigh the advantages. Judging appropriate compensation, for example, can be a minefield. “Not every firm can, or should, mimic the incentives that are prevalent in the world of entrepreneurial finance,” says Gary Dushnitsky, professor of management at Wharton Business School in the US. Yet unless corporate venture arms offer such incentives, employees will not be motivated to take the kind of risks that yield the best venture capital results. “Firms should consider compensating their internal VCs like independent VCs,” says Dushnitsky, “to give them a stake in the future returns of the ventures they invest in.”

An added danger can be to stoke resentment in other employees, as they see their colleagues in the venture arm drive in to work in Ferraris, parked next to their Hondas. “There is a delicate balance between entrepreneurial finance and organisational reality,” says Dushnitsky. Under the burden of corporate constraints and a rigid hierarchy, venture capitalists may struggle to thrive.

Others are still more critical of the practice and warn of its liability to fail. The percentage of venture capital invested by corporates has fallen from 15% per year in the late 1990s to just 8% today, according to Scott Shane, professor of entrepreneurial studies at Case Western Reserve University in Cleveland, Ohio. “As a rule, large corporations don’t see investments in start-ups as an important strategy for responding to technological change,” says Shane.

He points out the apparent logic of (for example) an automotive company investing in electric vehicle start-ups, or Microsoft investing in virtual software. However, “corporate venture capital arms are at a major disadvantage compared with independent venture capital firms,” says Shane. “They have to invest with their parent company’s strategy in mind, which makes it difficult to make a bet on truly revolutionary start-ups. Doing so might mean backing a venture that aims to destroy the parent company.”

Shane cites the example of telecoms companies and Voice-over-Internet-Protocol (VoIP) technology. “Here, the strategic approach [of a telecoms corporate] is clearly inferior to the financial-return orientation of independent venture capitalists, who don’t care which company might be put out of business by the start-ups they back.” Equally, selling successful start-ups can prove troublesome for corporates, who will be reluctant to see valuable assets go to their competitors.

For professor Shane, these issues mean that “corporate money will remain a small part of the venture capital pool”. But if the pool itself is shrinking, as other sources of funding remain hard to come by, then its relative importance may grow, along with its value to corporates themselves.