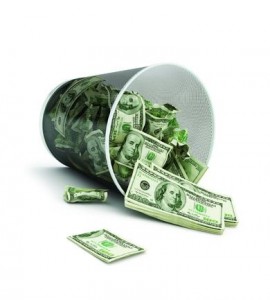 However, a new segment is now emerging. Development capital investment for the creation of new environmental infrastructure is proving to be a compelling proposition for institutional investors – the capital risks are much lower than in traditional technology-focused investments, while the potential returns are more visible and predictable.

Furthermore, the current economic situation is proving more favourable for this area than for leveraged buyouts of mature companies, which have tended to see profits and liquidity decline as the recession and credit crunch takes hold.

Within Europe, the UK offers particularly interesting opportunities. Until recently the UK has been highly dependent on landfill and is now playing catch-up with the more advanced European countries – the UK needs to invest an estimated £30bn in infrastructure for generating renewable energy, recycling and waste treatment over the next five to 15 years. In addition, recent improvements to the legislative framework have added significant impetus.

Could it be, after so much talk about the need to move from waste management to resource management, that we are finally starting to recognise the wealth in waste? Opportunities for investment in waste have never been greater.

The sector is at a tipping point, with the convergence of UK and European government policy aimed at driving waste away from landfill into more sophisticated and sustainable forms of reprocessing and treatment. This legislative force is coupled with a real pull from across the UK’s retail and manufacturing supply chain as it seeks to reduce its associated carbon footprint. Waste and its use as a potentially valuable resource is finally at the centre of the social and political agenda, and is no longer seen as a fringe activity to be dealt with by someone else.

Announcements in last month’s Budget confirmed the importance of this sector to the Government. It was the first Budget to include legally binding targets for the reduction of greenhouse gases, with a commitment to reduce the UK’s carbon emissions by 34% by 2020, and it also reaffirmed the desire to continue to reduce the UK’s reliance on landfill, with incremental increases in Landfill Tax taking it from current levels of £40 per tonne to £64 per tonne by 2013.

While there has been a decrease in the overall volumes of waste being produced, the challenging targets for both municipal and commercial & industrial wastes still require a vast increase in the number of new facilities, which in turn requires a significant private and public sector capital commitment.

The Government itself has stated that the municipal sector alone requires £10bn of new infrastructure to achieve the EU Landfill Directive targets. The EU’s adoption of the Renewable Energy Directive also provides additional investment opportunities in the environmental sector, particularly if you consider that the UK Government recognises that its existing policies will not reach the target of 15% and therefore is consulting on further renewable energy policies to ensure that it can.

The attractiveness of the sector is enhanced further still by the incentives that are available to generators of renewable energy, which are expected to be worth more than £1bn annually for the next 18 years. Possibly the most important decision on incentives taken by the Government was the recent extension of the Renewable Obligation to 2037, finally validating this vitally important incentive for the long term, with the consequence that businesses will be encouraged to investigate ways in which they can become producers, as well as users, of energy.

Government incentives, combined with increasing public and social awareness around the issues of climate change and energy security, will continue to drive investment in renewable energy and waste management infrastructure in the UK for the foreseeable future.

For private equity investors, the attractive risk-return profile of this still emerging sector is highly compelling and, despite the current economic climate, LP appetite for investment in the sector remains strong; indeed some regard the environmental infrastructure sector as a relative safe harbour compared to the troubled waters associated with more traditional private equity segments.