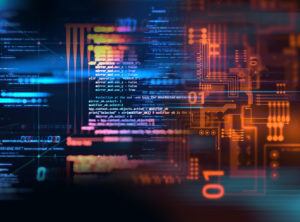 Thoma Bravo is running one of the most ambitious fundraising programs this year, targeting more than $28 billion across three funds for investments in software companies from the largest side of the market to the smallest.

Thoma Bravo is among a crop of tech and software-focused firms trying to raise billions of dollars from institutional investors. In the first half of 2021, 198 tech-focused funds collected $105 billion, according to preliminary data from Buyouts. Last year, 365 vehicles raised $180 billion, led by Silver Lake’s $20 billion Fund VI and Thoma’s $17.8 billion Fund XIV, Buyouts previously reported.

Thoma’s fifteenth flagship fund is targeting $22 billion, and is expected to hold a first close in November, according to a limited partner who has heard the fund pitch. Buyouts previously reported on the flagship’s target.

Hard caps for the funds have not yet been set, so it’s possible the final amounts will be larger than the set targets.

Last year, Thoma closed its 14th flagship fund on $17.8 billion, its third Discover fund on $3.9 billion and its debut Explore fund on $1.1 billion.

Thoma’s 13th fund, which closed on $12.6 billion in 2019, was generating a 73.8 percent internal rate of return since inception, as of September 30, 2020, according to performance information from California State Teachers’ Retirement System.

Managing partners at Thoma are Orlando Bravo, Seth Boro, Scott Crabill, Lee Mitchell, Holden Spaht and Carl Thoma. The firm in September agreed to buy HCSS, which provides software for fleet management and operations, and data platform Talend at a valuation of about $2.4 billion.

The firm also, along with Turn/River Capital, agreed to sell cloud-based email delivery platform Pathwire to Sinch. The company agreed to pay $925 million in cash and 51 million new shares in Sinch.

Update: This story was updated to include a target range for Explore II.