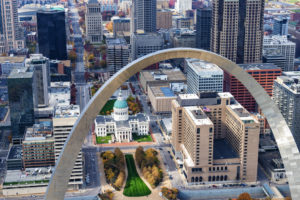 Thompson Street Capital closed its sixth fund above its cap on more than $1.5 billion, a person with knowledge of the process told Buyouts.

While fundraising has slowed, both because of macro issues and because many LPs are tapped out for the year, some firms have managed to push through fundraising. Investors are generally sticking with their established relationships and avoiding forming new ones in the uncertain environment.

Thompson Street began raising Fund VI last year and had raised the bulk of the fund by last summer. Park Hill Group worked as placement agent on the fundraising.

Fund VI is about 25 percent deployed across four platform investments, sources said. Recent deals include the formation of platform Allyant, which provides accessibility services and software services; and an investment in Benefit Recovery Group, which provides subrogation services.

Also earlier this month, the St Louis firm announced it sold a minority stake in the management company to Wafra.

Thompson Street Capital targets founder-led mid-market businesses across healthcare and life sciences, software and technology services and business services and engineered products. It invests equity of $50 million to $250 million in companies with EBITDA between $5 million and $50 million.

Managing partner Jim Cooper launched Thompson Street Capital in 2000 alongside co-founder Peter Finley, who retired in 2008, according to his LinkedIn profile. Cooper is listed in the firm’s Form ADV as controlling the management company. Cooper and Finley both worked at Harbour Group before branching out and forming Thompson Street Capital.

The firm managed about $4.6 billion as of December 31, 2021, the Form ADV said. Bob Dunn is listed as the other managing partner of the firm.