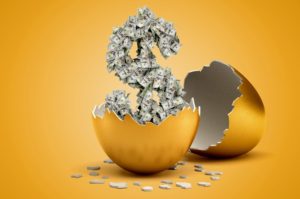 KLC Fund I closed earlier this month, above an initial target of $500 million and a hard-cap of $600 million, Bailey and Patel told Buyouts. Marketing was completed by December, they said, though Knox Lane kept the fund open to accommodate some limited partners.

Fund I’s journey to a final closing was anything but easy. Launched in 2019, the San Francisco private equity firm rolled out its first-time offering in March 2020, “right in the teeth of the pandemic,” Bailey said.

Because of social distancing and travel restrictions imposed to stop covid-19’s spread, fundraising by emerging managers like Knox Lane was all but shut down. “In a business about relationships and long-dated capital, it is hard not to be able to shake hands,” Bailey said.

Knox Lane persevered, however, due to “our high conviction in the team we had assembled,” Bailey said. In addition, the firm had LP relationships developed early on by Bailey and Patel, as well as new investors impressed by the pair’s track record at TPG Growth. As a result, it secured nearly half of Fund I’s target by the end of the 2020’s first half.

Last year proved to be “a markedly different environment for fundraising,” Bailey said. This helped Knox Lane sign up a diverse array of backers, among them pensions, insurers, foundations, family offices and funds of funds. Credit Suisse was the placement agent.

Bailey was with TPG Growth for eight years, leading consumer investing, while Patel’s seven-year tenure saw him lead services investing. Bailey left in 2015 to become president and CFO of elf Beauty, a TPG-Growth-backed makeup and beauty products brand that went public in 2016.

Together, Bailey and Patel designed a strategy for their new shop that mirrors this experience.

A key to the strategy is partnerships with owner-operators who grew the original company. “We have a special place in our hearts for founder- and family-owned businesses,” Bailey said. Alongside them, Knox Lane aims to optimize operations and accelerate expansion.

Fund I is building a concentrated portfolio of six to eight platform investments, allowing Knox Lane to focus on “driving value,” Bailey said. Equity check sizes range from $50 million to $300 million, with flexibility to go higher in the case of larger assets.

Putting points on the board

The fundraising challenges of 2020 had one important upside for Knox Lane: it provided an opportunity to work the deal pipeline. This helped put “points on the board,” Bailey said, and shine a light on the firm’s strategy and value creation process.

The first investment, made in December 2020, was Fingerpaint, a health and wellness marketing agency. Founded in 2008 by CEO Ed Mitzen, the company had 12 straight years of revenue growth prior to the deal. Knox Lane got to know it in advance, PE Hub reported, finding Fingerpaint’s client retention, win-rate and cultural metrics compelling.

The deal also highlights Knox Lane’s thematic approach. Before it, PE Hub reported, the firm was looking to invest behind the end-market tailwinds of pharma R&D, powered in part by a shift toward outsourced services, including those supporting new product commercialization.

Since the investment, Fingerpaint’s EBITDA has tripled, Bailey and Patel said. The two subsequent platform deals have done similarly well.

Last summer, Knox Lane invested in Any Hour, a provider of home services in the Mountain West region. A few months later, it led a $225 million investment in Pattern, an e-commerce and marketplace acceleration business. Eight add-on acquisitions have been completed across the portfolio.

Bailey and Patel oversee a team of 11, many of them TPG Growth alumni. They include principals David Coghlan and Brent Gunderson, vice president Hillary Pond, and operating partner Jon Fieldman. Another vice president, Allison Fulenwider, formerly worked with Castanea Partners.

Knox Lane, which manages about $1 billion in assets, was on Buyouts’ list of 12 emerging managers to watch in 2022. It is the first to announce a final closing.