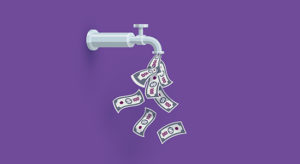 TPG’s fledgling GP-led secondaries group is among a group of high-profile firms participating in a process that will move facilities management services provider BGIS out of an older CCMP Capital fund and into a continuation pool, four sources told Buyouts.

The firm’s group is among a new crop of secondaries buyers joining the market that continues to grow at a frenetic pace. Deal volume is expected to come in close to $100 billion for 2021, a record level, with no sense of slowing. GP-led deals like CCMP have been driving market volume since the second half of 2020, though traditional LP portfolio sales have reemerged as buyers look for diversification away from large concentrated bets.

AlpInvest Partners is leading the deal, along with BlackRock’s secondaries unit and Glendower Capital. Other investors in the deal include Strategic Partners and NorthLeaf. Jefferies is working as secondaries adviser on the deal, which is expected to total about $950 million, two of the sources said.

TPG’s secondaries unit, led by ex-CPPIB executive Michael Woolhouse and Matt Jones, who joined this year from Pantheon, is taking a small stake in the deal with capital from the firm’s balance sheet, two of the sources said. The unit is raising its debut fund focusing on GP-led deals, though it’s not clear how much the fund has collected, sources told Buyouts. That TPG used balance sheet capital would suggest the fund has not yet held a first close to begin investing.

CCMP is moving BGIS, which it acquired in 2019, along with a small interest in Truck Hero, into the continuation fund. The two assets are from CCMP’s third fund, which closed on $3.6 billion in 2014.

CCMP acquired BGIS from Brookfield Business Partners in 2019. It acquired Truck Hero, which provides aftermarket accessories for pick-up trucks and jeeps, in 2017, and sold most of its stake to an L Catterton-led investor group in 2020.

Status quo options, once a major demand among LPs in secondaries deals, have been gradually fading out of certain deals, usually single-asset ones, or transactions that include multiple assets from numerous older funds.

CCMP’s secondary, which is expected to close soon, kicked off in September. If it closes soon, it will be one of the quicker transactions to close in the market. One of the fastest GP-led deals is considered to be Ivanti, a single-asset deal run by Clearlake Capital and Evercore, which closed in about 45 days, Buyouts previously reported.

One difference between the two deals is that Ivanti’s valuation was set by a preceding minority stake sale the company closed prior to the secondary. CCMP, on the other hand, set the price on the assets through an independent price discovery process, one of the sources said.

Secondaries volume in the first half was estimated at around $50 billion, according to Campbell Lutyen’s half-year volume report. GP-led deals, like CCMP’s, accounted for around 55 percent of total volume, the report said.