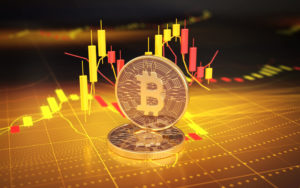 Missouri State Employees’ Retirement System took a hit in the collapse of crypto currency exchange FTX, with the small exposure it garnered through a private equity co-investment fund run by BlackRock.

Several firms like Thoma Bravo and Insight Partners invested in FTX through a financing round in 2021. Ontario Teachers’ Pension Plan also committed $95 million to FTX through its venture growth platform, according to a note on the system.

The investments were unusual in that private equity generally avoids early bets on newer technology as they prefer backing companies with established cash flows. Private equity hasn’t yet gone big into crypto.

Missouri had about $1.2 million invested in FTX at the time of its bankruptcy filing on Nov. 11, according to Missouri SRS spokesperson Candy Smith.

According to its first quarter update of private assets, MOSERS committed $125 million to the BlackRock PE Co-Investment Fund in April 2021.

The retirement system contributed $51.8 million to the co-investment, which had a market value of roughly the same amount at the end of March, according to the quarterly investment report.

The exposure to FTX was discussed by MOSERS chief investment officer TJ Carlson at the system’s board meeting on November 17. Buyouts watched a webcast of the meeting.

“We don’t expect any kind of material impacts for the FTX news. It was included in a really small portion of one of our co-investment funds,” Carlson said.

FTX filed for bankruptcy on November 11 due to a flood of customer withdrawal requests the exchange was unable to meet. Founder and former CEO Sam Bankman-Fried resigned after FTX collapsed.

“Never in my career have I seen such a complete failure of corporate controls and such a complete absence of trustworthy financial information as occurred here,” wrote John Ray, who now heads FTX as it goes through the bankruptcy process.

Update: This report was updated with information about MOSERS’ exposure coming through a BlackRock co-investment fund.