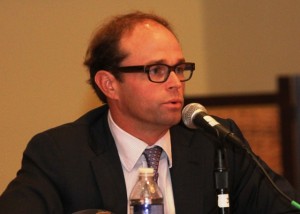 “They’re basically oversubscribed,” said one of the people, an LP who has heard the fund pitch. Fund II is targeting $400 million with a $500 million hard cap, the LP said.

Trive is raising Fund II just two years after wrapping up its debut fund. The Dallas firm, founded by veterans of Insight Equity, worked through its $300 million Fund I rapidly, with several deals under its belt in a variety of industries. The firm has been capitalizing on a rebound in U.S. construction activity and traction in the automotive sector, among other macro trends.

Trive Capital wrapped up a dividend recapitalization of LARK Industries Inc, after lining up a new term loan for the company just 11 months into its hold period, according to an August 3 statement from the firm. Financial terms of the deal weren’t disclosed. Trive Capital said LARK Industries has de-levered significantly in the past year as it operates under the name Residential Design Services, a provider of design and installation services for flooring, countertops, wall tiles, window treatments, finished carpentry and other interior finishes.

Among Trive’s other investments is Amteck, a Lexington, Kentucky-based provider of electrical services for greenfield and facility construction projects. Terms of the deal weren’t provided.

It also invested an undisclosed sum in Austin, Texas-based Architectural Granite & Marble Ltd, an importer and distributor of stone for residential and commercial construction projects.

In June, Trive invested in Madison-Kipp Corp, a Madison, Wisconsin-based manufacturer of aluminum die cast and machine assemblies for the automotive, leisure and lawn businesses. Trive said it supported senior management in a buyout of the company. Terms of the deal weren’t disclosed.

In yet another deal in recent months, Trive platform company AGM Automotive LLC paid an undisclosed sum for a controlling interest in Durmont Teppichbodenfabrik, a Hartberg, Austria-based carpet supplier in Europe. AGM Automotive carved Durmont out of Cross Industries AG, which retained a stake in the company.

In a 2013 interview with Buyouts, Conner Searcy, managing partner of Trive Capital, said the firm wrapped up its debut fundraise in about five months and above its $250 million target, with a focus on acquiring under-resourced, mid-sized companies. Along the way, Searcy said the firm faced at least one unusual request from an LP.

“We had to get through a personality test — each individual on our team had to take one,” said Searcy. “That was one of the most interesting due diligence processes I’d ever been through.”

In addition to Searcy, other key executives at the firm include Managing Directors Blake Bonner, Desmond Henry and David Stinnett and Partner Chris Zugaro.

Trive did not respond to a request for comment about Fund II.