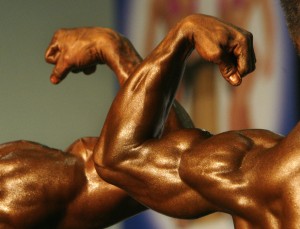 The firm officially kicked off fundraising a few weeks ago, with materials sent out to prospective investors for Wasserstein Partners IV. LPs have pledged about $500 million of commitments thus far, with nearly all of the investors in the firm’s Fund III planning to stay on for Fund IV, the source said.

The firm has not filed a Form D for Wasserstein Partners IV.

Co-Managing Partners Anup Bagaria and George Majoros, Senior Partner Robert Fogelson, and CFO Robert Mersten are executives in Fund IV. They’ve worked together for about 20 years. Ellis Jones remains chairman of the firm but won’t be an executive in Fund IV, said the source, who declined to provide further details.

Wasserstein Partners III drew in $400 million of commitments, but with co-investments, the fund tipped the scales at $750 million when it closed in 2012. Performance data for Fund III isn’t publicly available, but the source said the fund generated a net IRR of 39 percent as of this summer. Fund III is about 75 percent deployed now, with enough capital left for one more platform deal.

From Fund III, Wasserstein sold High Pressure Equipment Co to Graco Inc for $160 million in the first quarter for a 4x return on invested capital.

It also sold audio book publisher Recorded Books to Shamrock Capital Advisors in a deal that generated a return of 3.3x after it closed earlier this month, according to a source. Terms of the Recorded Books deal weren’t disclosed, but during Wasserstein’s 18-month holding period, the company’s earnings rose 40 percent and the portfolio company made at least two acquisitions, according to a prepared statement about the deal.

Wasserstein Partners focuses on buyouts in three sectors: media/communications, consumer products, and water/industrial, according to its website. Portfolio companies include Paris Presents, a cosmetics and bath accessories maker; ALM Media, a content provider for the legal and commercial real estate sectors; Globecomm Systems Inc, a communications company; and Penton Media, an information services provider for the food, infrastructure, transportation, agriculture and manufacturing sectors.

Wasserstein traces its roots to star banker Bruce Wasserstein, who passed away in 2009. The firm sprung out of the former merchant banking unit of Wasserstein Perella, the investment bank purchased by Dresdner Bank.

(Correction: An earlier version of this story contained wrong information about the status of Ellis Jones. He remains with the firm as chairman. This story has been updated.)