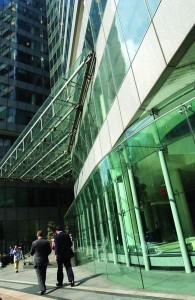 Private equity professionals will no doubt be pouring over the Financial Services Authority’s Discussion Paper on private equity for some weeks to come to pick up any hints about how the UK regulator will seek to regulate an industry that the majority of its participants consider is already adequately self-regulated.

The 100-page paper entitled “Private equity: a discussion of risk and regulatory engagement” is no surprise to the industry. In fact, its publication has been eagerly awaited for much of the year, following a similar consultation process that the FSA opened last year into the regulation of hedge funds.

UK and European industry associations have welcomed the FSA’s interest in private equity and have been quick to express their willingness to make the consultation or discussion process as mutually acceptable to both sides of the regulatory equation.

Javier Echarri, Secretary General of EVCA tells EVCJ: “From the wider perspective of the industry across Europe, the FSA’s paper is enormously helpful. Whilst citing reasonable concerns about possible risks, it also shows clear understanding of the importance of private equity to the economy and of the industry’s success, thus far, in regulating itself.”

“EVCA would like to see regulators in different European markets working together and deploying the FSA’s pragmatism. This is increasingly a cross-border industry in Europe and the one thing we must avoid is any stranglehold on investment, which would damage the European economy long-term,” he says.

BVCA Chief Executive Peter Linthwaite says: “The report published by the FSA is a useful contribution to the understanding of the industry. The report notes clearly that the industry is very broadly based with the vast majority of deals being in support of smaller younger companies. It also explicitly highlights how important the industry has become to keeping the UK economy dynamic and competitive.”

Crucially for the industry, says Linthwaite, the FSA has rightly understood that the more complex financing structures and involvement in the public markets are mainly concentrated in relatively few larger deals.

“We welcome the fact that the FSA has no current concerns in the way our business is conducted. They have identified areas that are, in their view, of potential risk and these will form part of the ongoing discussion we are having with the FSA about this review,” he says. “It is important to note that the UK private equity and venture capital industry has to date an unblemished regulatory record and operates within a fully regulated regime.”

Authored by Rebecca Jones, capital markets sector manager at the FSA in London, the discussion paper raises six main reasons why the regulator thought it appropriate to publish a paper specifically on private equity.

The FSA invites comments on its paper and any comments must reach the regulator by March 6, 2007. Comments may be sent by electronic submission using the form on the FSA’s website at (www.fsa.gov.uk/pubs/discussion/dp06_06_response.html).

Perhaps one of the most pressing concerns for the FSA about private equity relates to the provision of leveraged finance transactions, many of which are front-page headlines, such is the high profile of many of these deals in the UK economy.

A spokesman for the FSA says that “just over 13” banks were surveyed, but private equity professionals question the validity of survey findings based on a relatively limited universe of banks active in leveraging the top end of the buyouts market.

The regulator noted, however, that system-wide exposures are substantially greater as banks are increasingly distributing debt to non-banks such as collateralised loan obligation managers, collateralised debt obligation managers and hedge funds. On average banks distribute 81% of their exposures to their largest transactions within 120 days of closing a deal, according to the FSA.

“The ECB is conducting a survey on large banks’ exposures to the leveraged buyout segment of the European Union private equity market,” says Inês Cabral, an economist in the ECB’s financial stability division.

“It aims at assessing possible implications of the increasing involvement of banks in the LBO business to the stability of the EU financial system. The focus of the study is therefore narrower than that of the discussion paper on private equity published by the UK FSA.”

The ECB report should be ready in the first quarter of 2007, but its publication is likely but not certain within that time frame, says Cabral.

Capital adequacy issues for banks in the UK are covered by the imminent full implementation of the Capital Requirements Directive, which has come out of the Basel II accord. Therefore, the need for a further layer of regulation of the bank market involved in leveraged financing by the FSA has not surprisingly raised some questions over the efficacy of this approach.

“Perhaps the FSA wants to second guess the banks that are lending against the underlying cash flow in leveraged deals,” says Daljit Singh, a partner at Berwin Leighton Paisner in London.

Feeding into the ECB research, the FSA discussion process is seen by some market participants as Brussels wanting to send a veiled message to private equity that Europe’s industry and business is not available for a wholesale carve-up in the buyouts market, at least not without intense scrutiny from the European Commission.

Private equity plays such an important role in the UK economy that any UK government would not like to see a negative impact on the workforce, boosting the unemployment figures beyond the seven-year high announced recently. The FSA normally regulates to protect consumers.

UK unemployment is continuing to rise, climbing by 27,000 to 1.71 million in the three months to September, the highest level in seven years.

The jobless rate rose to 5.6%, up from 5.5% in the previous quarter, the UK’s Office for National Statistics has reported.

“It is now estimated that companies that have received private equity funding account for the employment of around 2.8m people in the UK, equivalent to 19% of UK private sector employees,” BVCA Chairman, Rod Selkirk, recently said. “Private equity-backed companies boost the UK economy.”

Are average multiples in the leveraged buyout market becoming too stretched? Should the FSA cap the amount of leverage in such deals? “I don’t think they should do that and I don’t think they will,” says Philip Buscombe, chief executive of Lyceum Capital in London.

Some UK infrastructure deals like London City Airport acquisition, sponsored by AIG and Global Infrastructure Partners, with the leverage underwritten by CSFB, are highly leveraged buyouts and this type of capital structure, should it crack, could impact seriously on the economy at large, UK politicians have said in the past.

Other topics up for discussions and raised by the FSA refer largely to the relative strength and presence of private equity in the UK economy. Despite recent IPO growth, the regulator points out, private equity fund raising currently outstrips public market capital raising in the UK.

“There has been significant growth in the capital flowing into private equity funds. In the first half of 2006 UK-based private equity fund managers raised £11.2bn of capital. By contrast, £10.4bn of funds were raised via IPOs on the London Stock Exchange’s public equity market in the first half of 2006, a rise of 64% compared to the same period in 2005,” according to the report.

Raising larger individual funds and undertaking ‘club deals’ – where private equity fund managers cooperate on a single transaction – together with the increased availability of debt finance, has extended the reach of private equity. This has enabled far larger transactions to take place, including taking significant public companies private.

Despite the growth of public market capital raising, the UK equity market capitalisation shrank by a net £46.9bn in the first half of 2006 and has not grown since the last quarter of 2004. This reflects (in addition to share price movements) the impact of public to private transactions, widespread share buy-backs/payment of special dividends (sometimes as part of a defence against a private equity bid) and reduced capital flows from the private market.

And the sixth point the FSA lists is that market participants have expressed concerns about a perceived lack of understanding amongst public policy makers, potential future investors and commentators with respect to the nature of private equity business models and their inherent risk.

“Generally, I welcome the paper because the FSA has come down on the side of light regulation,” says Buscombe at Lyceum Capital. “I think there was the fear that the FSA might go down the route of increasing the compliance burden substantially.”

Venture and the mid-market are perceived to be positive aspects of the UK economy and they do not feature highly leveraged deals, which appears to be a big area of concern for the UK regulator. “I think the FSA views the venture market and the mid market as positive forces in the economy,” says Buscombe.

Nevertheless, if the expected light-touch regulation of private equity turns out to be more heavy-handed than most people think then the shape of the UK private equity market could shift considerably.

“If the FSA starts to regulate or hinder in a significant way, the private equity industry will go offshore, so we will all suffer,” says Singh.

“Industry developed guidelines on valuations, reporting and corporate governance are now used by all European associations and by many countries outside of Europe. Most LPs expect GPs to adhere to these guidelines and the more the industry can demonstrate to regulators that private equity firms are applying best practice, the stronger our case against external regulation.” says EVCA’s Echarri.

“In the past private equity firms have not spent so much time on public relations in getting the politicians and regulators up to speed, but they are playing catch-up now,” says Buscombe.

Most investment firms already face a considerable amount of compliance considerations in the form of money laundering and fraud provisions, for example. Generally viewed as an onerous part of doing business, investors understand the necessity for such compliance but are all too aware of how costly those processes are to manage.

Some private equity firms will be caught by the implementation of the Capital Requirements Directive, which comes into force from January 1, 2007.

The classic example of a private equity firm that will be caught by the directive is one which is appointed directly by a third-party pension scheme to manage part of the pension scheme portfolio. A firm that simply runs funds into which pension schemes (and other investors) invest would not be caught.

“The CRD will also impact on funds that own or are planning to invest in brokers or investment managers, but in this case it is the fund itself which is affected,” explains Tim Lewis, a lawyer at Travers Smith in London.

“It may be that some fund structures, such as UK NewCos and UK LP , may cause some problems when investing in investment managers or brokers. This may lead to some private equity funds which have invested in the sector either restructuring or selling out,” he says.

“Investment managers generally hold investment funds in client accounts. Private equity isn’t like banks and insurance companies that need capital adequacy provisions because they use their own balance sheet,” says BVCA’s Linthwaite. “Capital adequacy is only relevant to a firm’s ability to run its business.”

Most private equity firms work on the basis of the £5000 provision as far as capital adequacy coverage is concerned.