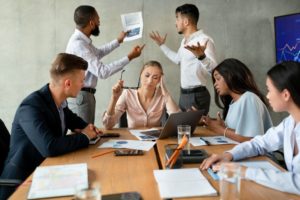 By all accounts, distribution activity is slowing, which makes sense in an environment where overall M&A activity has dropped off a cliff. GPs are having to plan for longer holds of companies they may have wanted to sell this year, which means less money flowing back to LPs, which in turn means LPs won’t have as much capital to invest back into GPs’ new funds.

It’s a highly interconnected machine and when it works, it hums along at a smooth and easy pace. But when one part of the machine gums up, the whole system is at risk of breaking down.

That’s what we’re seeing now, as the machine slowly grinds down. GPs now are doing all they can to distribute capital back to LPs, sources have told me. It’s all about finding paths to liquidity.

LPs have entered, or perhaps have become caught in, a perfect storm: many are overweight their exposure to the asset class because their private equity valuations have not yet dropped commensurate to public markets. Private equity valuations lag public markets by a quarter, but write-downs that reflect the broader market generally happen over several quarters, not just in one shot.

And so for many institutions, private equity is at or above policy exposure cap limits. This comes after a period of frenetic fundraising activity, which put LPs under pressure even before the denominator effect crept in.

Now, as the markets deteriorated, distributions have slowed and yet, capital calls continue, adding to LPs’ woes. It’s not as if GPs are insensitive to their partners’ plights, even if it’s just to find them more money to invest back into their funds:

“Every fund is trying to figure out, ‘how do I get more money, how do I raise more money?’ And what they’re all focused the most on is distributions. How do they continue to do some distributions to differentiate themselves and then be able to queue up in the front of the line to raise money quicker,” one LP told me recently.

Interestingly enough, the distributions-to-contributions ratio has been relatively flat through the first half of this year, according to data from Cambridge Associates. However, that is changing as exit activity really dried up through the summer, yet capital calls continue to roll in, both from new deals and from expiring subscription lines of credit.

Capital calls and contributions have “pretty much netted themselves out,” Andrea Auerbach, global head of private investments at Cambridge Associates, told me. “We would expect at some point, if things continue to worsen, capital calls will begin to outpace distributions and that will also, again, cause LPs to get tight.”

LPs “are already at their max allocation, now you’re calling capital from them and there’s nothing coming back. So the pressure that LPs are under to try to navigate this forward environment could increase,” Auerbach said.

(This has been updated to correct Andrea Auerbach’s job title.)