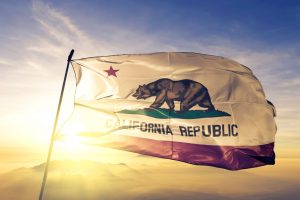 Ventura County Employees’ Retirement Association plans to stick to its 2020 private equity pacing plan despite the turmoil wrought by the coronavirus crisis, aiming for its $250 million commitment goal.

“The 2020 Annual Plan is being presented during a time of uncertainty, which will be marked by great challenges and opportunities,” consultant Abbott Capital Management said in the proposed plan, presented to the board at its April 20 meeting. “The overall VCERA Plan will face volatility, and the ‘denominator effect,’ a shrinking of overall plan size and lagging downward valuation adjustments, may cause exposure to private equity on a reported NAV basis to approach or exceed the target.”

In the first quarter of 2020, the system committed $107 million to private equity. Abbott encouraged the pension to stay the course.

“Historically, investors who have remained true to their long-term pacing plan have experienced benefits from dollar-cost averaging into private equity through access to attractive vintage years during and immediately following times of economic and capital markets disruption,” Abbott wrote.

The board approved the plan, sources told Buyouts.

The $5.3 billion system’s private equity program “remains in its development phase,” according to the plan. It hired Abbott in 2017 to manage a private equity separate account and to provide consulting services. VCERA staff, led by chief investment officer Dan Gallagher, makes some investments on its own as well.

Its long-term private equity target is 13 percent, which was raised from 10 percent last year.

In addition to the $250 million goal this year, Abbot recommended the pension commit an average of $200 million a year over the next five years to meet that goal. The firm said it was doing due diligence on seven potential commitments, which would total about $140 million.