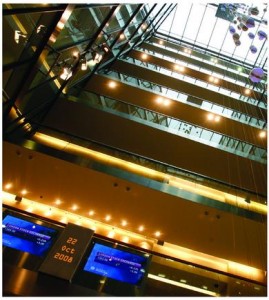 For the first time in 30 years there wasn’t a single venture-backed Initial Public Offering (IPO) in Q2 of 2008, according to the Exit Poll report by the National Venture Capital Association (NVCA) and Thomson Reuters.

With only 8% of venture capitalists characterising the IPO drought as “not critical” to the future health of the venture capital and entrepreneurial communities, even the most optimistic VCs are looking at investments with a cautious eye.

In a survey conducted by the NVCA following on from an abysmal quarter, the survey revealed that 81% of VCs do not see the IPO situation recovering in 2008. Of the 660-plus responses received the three largest factors to which venture capitalists attribute the current IPO drought are:

Louise Nash, partner and head of Covington’s Venture Capital Practice in Europe, believes that VCs are caught in a Catch 22 situation. “It’s a classic problem where venture capitalists are under great pressure to make investments and make returns, but GPs are being pretty cautious about the kinds of investments they would look at making,” says Nash.

According to the latest Thomson Reuters European VC fundraising data, the number of funds closed has decreased sharply since the five-year high of 2006. In the past two years funds have continued to decrease in numbers from 149 in 2006 to just 98 in 2007. This year looks to be another bleak year with a mere 64 funds launched in the first nine months of 2008.

Start-up investments have also slowed down and as a result VCs are coming to realise that exits in the securities market are unlikely to happen in the current climate. “Exits are where we are seeing an issue. When public markets are inactive, the exit market tends to be more difficult,” says Ernie Richardson, CEO of technology-focused venture capital firm MTI.

In Nash’s view the wariness of investors is making early stage investment difficult. “Those who will come out of the credit crunch unscathed will be those with money,” she says. However, she has observed that in the biotech space there is less pressure on returns so for portfolio companies they are the last remaining source of capital equity.

Rolf Christof Dienst, general partner in venture capital firm Wellington Partners, agrees and explains that there are many opportunities to be had in the alternative investment space. “Cleantech is providing a lot of interesting deals which is important at a time when there is a lack of late stage investments,” he says.

According to an annual survey by the NVCA, four out of five US venture capitalists expect cleantech to attract higher levels of venture funding this year compared with 2007. “The big investments in Europe are being made in solar technologies and wireless technologies. All of the things that people want to see invested will be coming out of Europe over the next five years, which will provide a lot of opportunity,” explains Simon Cook, CEO of venture capital firm DFJ Esprit.

Cleantech is one option for VCs who are trying to adapt to the economic climate and maintaining existing portfolios is another. “For a lot of VCs it’s about being diligent with existing investments and figuring out which of these investments they want to continue to support,” says Nash. This change in tack from the VC sector has been put down to investors trying to increase their exposure in order to tide them over the IPO drought that they are operating in.

Dienst believes: “VCs are becoming more cautious. The fund raising environment is not brilliant and we will see some VCs closing down.” But with a note of optimism he adds: “VCs will invest in good times and in bad. Investments that are made in bad times tend to be the best investments.” Cook agrees and states that although there is economic turbulence the economic environment is ideal for starting and building companies. “People don’t start companies when they have big careers. It takes people losing their jobs to set up a company because they have no other choice. Strangely job losses can be positive,” he says.

The future for VCs is shaky at best. At a time when public markets are struggling, investors are jittery and unlimited debt availability is a fond memory, venture capitalists have little choice but to weather the storm. DFJ Esprit’s Cook concludes: “There will always be M&A activity for the most exciting technology companies; however, it’s hard to launch new companies in a declining market. Over the next two years we will see more M&A than IPOs and we’ll see the emergence of growth stage funds. The ability of a company to transform at an IPO probably won’t be around for a year or two.”