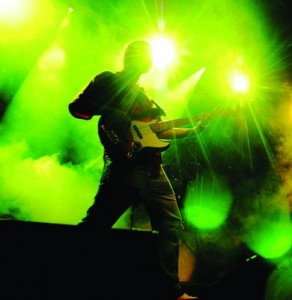 Britain is known throughout Europe for its live music and festivals and the live music and events market is thriving. In 2004 and 2005, annual UK household spending on theatre, concerts and shows increased to an estimated £1.46bn, up 50% on the previous year, according to the expenditure and food survey published by the Office for National Statistics. Against this backdrop, private equity firm Ingenious is launching two new live entertainment VCTs, Ingenious Live VCT1 and 2. These funds are targeting assets of £50m and will invest in companies that produce and promote established live events including concerts, festivals, exhibitions, theatrical shows, conferences, trade fairs or sporting events. The investee companies will secure significant downside protection thorough performance warranties or similar contractual arrangements which will generate revenues equivalent to at least 70% of each VCT’s investment.

The launch of Ingenious Live VCT 1 and 2 follows last year’s launch of Ingenious Music VCT 2, which together with Ingenious’ first Music VCT, raised over £40m, making them the largest fund of their type listed on the London Stock Exchange. In late November, these funds made three new joint investments, totalling £2.6m. The investments will support the debut albums of up-and-coming bands Passenger and Apartment, and solo-artist and songwriter, Indiana Greg. With a further eight deals in the final stages of negotiation, Ingenious Music VCT 1 is approaching full commitment, 18 months after its fundraising close. Ingenious Music VCT 2 has approximately £10m of its original funding left to commit.

Patrick McKenna, chairman of Ingenious said of the Live VCT launch: “The demand for live entertainment, in all forms, has increased significantly in recent years as consumers look for new and unique entertainment experiences. This consumer led growth in live revenues has been fuelled by branks wishing to sponsor and advertise around major events. The number and variety of live experiences has also increased significantly, in line with demand, as artists and producers realise the growing importance of the live market, in both financial and profile generating terms. As a component of media, the live sector is becoming ever more important as consumers seek special and unique shared experiences to augment their increased consumption of digitally delivered content which they experience in a more insular fashion.”

Ingenious was founded in 1998 by Patrick McKenna, former head of the media and entertainment group at Deloitte and touché. Ingenious provides the full range of services to companies in the media sector, from strategic and corporate finance advice to private equity funding.