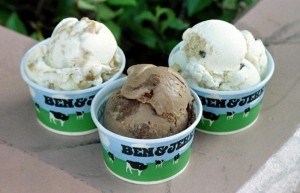 The Vermont Pension Investment Committee is considering a new asset allocation mix that would almost double its private equity target, according to a report by consultant NEPC.

The report, which was obtained through a records request, shows NEPC recommended Vermont increase its allocation to 5 percent from its current target of 3 percent. Vermont is also considering asset allocation mixes that would increase its private equity target to as high as 7 percent, according to the report.

“We are currently in the process of looking at our asset allocation but have not made a final determination,” Vermont Policy Director Tim Lueders-Dumont said in an email.

The higher allocations to alternative assets should result in higher returns, according to NEPC’s projections. The new asset allocation would generate a geometric expected return of 7.4 percent, compared to 7.2 percent under the current mix.

The Pension Investment Committee oversees a little less than $4 billion of assets on behalf of Vermont’s retirement systems. The state valued its private equity portfolio at approximately $35 million as of June 30, according to pension documents.

In April, the Pension Investment Committee approved a $50 million commitment to fund-of-funds HarvourVest Fund Partners X, according to a Pensions & Investments report.