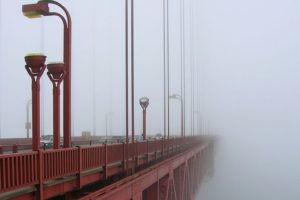 It’s undeniable that the first quarter of the year was one of the most challenging quarters ever for valuation experts.

Little clarity emerged around the full extent of the impact of covid-19 on the economy and businesses by the time many firms had to publish their March 31 marks. And while there may be better visibility in the second quarter as markets stabilize and businesses reopen, uncertainty remains.

“Many funds had to take a hard look at their portfolio multiple times throughout the month of March to culminate with a fair value conclusion at the end of the quarter,” says David Larsen, managing director, alternative asset advisory at Duff & Phelps, adding that GPs couldn’t afford to stay passive.

“Wait-and-see is not compliant with generally accepted accounting principles. GAAP says you need to estimate fair value each time you report to your investors.”

It’s no surprise that valuations in private equity overall were down in the first quarter.

John Stake, a principal at Hamilton Lane’s fund investment team, noted in a recent interview that as of the beginning of June, valuations for private markets as a whole, including buyouts, venture capital, credit and real assets, so far indicated they will be down about 9 percent in the first quarter.

In a Duff & Phelps poll conducted on June 10, nearly 53 percent of respondents, in a pool of more than 300, said first-quarter fair values estimates were down between 11 and 20 percent. Another 11 percent said there was a more than 20 percent decrease. About 26 percent said the decrease was less than 10 percent.

But the drop was not the same across industries and companies. Some industries including retail, travel, events, and energy took a harder hit. Others benefited from the crisis and saw their valuations rise.

Specifically for buyout managers, valuations of smaller funds have been less impacted than for their larger counterparts. “In our view, one main reason for this is that smaller groups tend to use discounted cashflow methodology more heavily than larger groups, which typically tend to focus much more on public comps,” Stake says.

The Dow Jones Industrial Average was down more than 23 percent in the first quarter. Funds putting more emphasis on DCF for their valuation took a longer-term view and were less impacted by the sudden drop in public equities. But even GPs that relied more heavily on public market valuations had to take them with a grain of salt, considering the distressed environment of the first quarter.

“One of the main reasons for investing in private equity is that it doesn’t have the same volatility that public companies have,” says Tom Angell, a partner with Withum. “Public companies took a hit in March because panic selling was going on. It was happening in the equity markets as well as the debt markets. Private equity managers looked at the decrease in their public comps for valuation purposes but understood that those valuations were the result of a disorderly market.”

According to GAAP’s ASC 820 on fair value, managers don’t need to mark to fire sale prices, which is how many described the pricing environment in Q1. Instead, they have to figure out what a market participant would pay in an orderly transaction.

Better visibility for some

It’s still unclear where valuations will stand for the second quarter. Almost a quarter of market participants polled by Duff & Phelps said they expect Q2 fund net asset values to be up 1-5 percent, while another 22 percent anticipate they will be down 6-10 percent in the second quarter.

Hamilton Lane’s Stake suggests that GPs that rely more on public comps may see their valuations remain flat or increase slightly if public markets stay above March lows. “For many, Q1 operations were only impacted for a few weeks but will be impacted for most if not all of Q2,” he says.

“For example, some of the managers that used public comps and took more of a mark down in Q1 are likely to be up, as the markets have recovered quite significantly. Some of the other groups that have used other methodologies may have been down less in Q1 and may see a higher mark-down in Q2 despite where public marks are now,” Stake says.

And though at the time of writing, markets were still well above the March nadir, they were still volatile. On June 11, the DJIA fell more than 1,800 points after a relatively steady rise since late April. “Public markets remain volatile and their impact on private market valuations at June 30 will not be known until June 30,” says Larsen.

Even if the public market recovery is sustained, a broad rebound doesn’t reflect the fact that some industries or specific businesses have been severely impacted by the crisis, longer-term.

GPs and businesses generally may have acclimated to the operational difficulties brought on by a sudden shut down; changing the way they do business, the way their employees operate, and in some cases even their business strategies. Many are better able to identify the cost of that adaptation and to predict liquidity going forward.

But lingering uncertainties means valuations work for the second quarter won’t be much easier.

“Now you have a little bit more visibility,” says Larsen. “You know more but you still have uncertainty in the future that needs to be considered.”

Some of that uncertainty revolves around the schedule of reopening in different parts of the country, the impact of a potential second wave from the virus, and the timing of a widely available vaccine.

It’s also unclear what are going to be the depth and ramifications of a recession in the US and globally, or where unemployment actually stands. Despite the unprecedented character of the current crisis and the resulting challenges in terms of valuation, most fund managers appear to have remained disciplined, sticking to their valuation methodology while at the same time adapting to rapidly changing market conditions. GPs have, for the most part, also managed to report valuations in a timely manner.

In addition, a decade of increased transparency and communications between GPs and their limited partners has also helped to avoid major surprises.

“We are having more calls with GPs than we’ve ever had before,” says Stake. “In many cases, we’re shifting to every other week updates with our core managers, while before it was almost on a quarterly basis with check-ins along the quarter for anything material. Managers want to discuss what is going on in their portfolios, which is driving how they’re going to mark those valuations.”

“There’s been a lot of transparency because LPs want information,” adds Angell. “There was no surprise or shock as to what would be happening with valuations. GPs were trying to secure cash for their portfolio companies either through additional leverage or additional equity. A lot of the conversation was around what the GPs’ plans were regarding keeping the portfolio companies healthy through the downturn.”