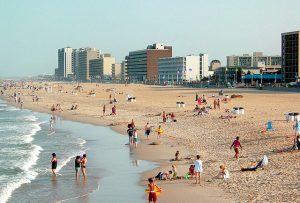 Virginia Retirement System announced more than $1.7 billion in private equity commitments it’s made so far this year at its investment meeting in August, according to Public Relations Director Jeanne Chenault.

In May, Virginia Retirement pledged $150 million to Advent International’s GPE IX fund, which reached a $17.5 billion hard cap in June, exceeding its $16 billion target. GPE IX invests in the business and financial services, healthcare, retail and consumer, industrial and technology sectors in North America and Europe.

Virginia also committed $20 million to Advent’s tech-focused fund that serves as a companion to GPE IX, targeting $1 billion, in June.

The board in June committed $750 million to GCM Grosvenor’s 2019-2023 series, which is an account for “smaller and emerging funds” that plans to commit up to $150 million per year for five years, according to the system.

Virginia’s private equity allocation sat at 11.3 percent as of Mar. 31.