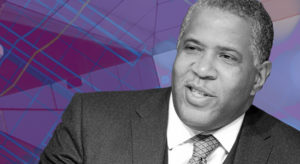 Vista Equity raised $2.3 billion for its third credit fund that invests in the firm’s own deals as well as external sponsored and non-sponsored transactions, a person with knowledge of the firm told Buyouts.

Vista, in raising its own credit funds, is like other tech-focused firms like Thoma Bravo and Francisco Partners, which raised its debut credit pool last year. The software space had been particularly underinvested on the credit side, spurring firms to build their own strategies.

Fund III has been investing, though it’s not clear how much the pool has deployed.

Vista raised $200 million for its first credit fund, which was fundraising around 2013. Fund II closed on $930 million, a source told Buyouts, though it’s not clear when that fund closed. Vista filed a Form D for the second fund in March 2016.

The credit opportunities funds invest in primary and secondary loans in the private software debt market. The funds invest in companies Vista controls as well as those outside of the firm’s portfolio, according to Vista’s Form ADV.

Vista’s credit funds are led by Kristine Jurczyk and Joshua Niedner. Jurczyk joined Vista in 2013 from GE Antares and Niedner joined in 2015 after working at Madison Capital. Vista’s overall credit platform is led by David Flannery, who joined the firm in 2018 from Blackstone’s GSO Capital Partners.

Vista is expected to launch its next flagship pool either this year or in early 2022, sources have told Buyouts. The firm has invested about $11 billion across its platform over the past 12 months, the source said.