Buyouts
Home News and Analysis Firms & Funds Volcker limits rolled back on some, not all, PE fund investing by...
Return to search
LPs 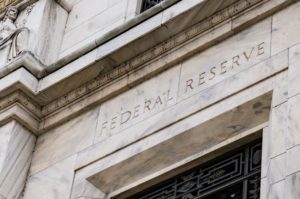 US regulators signed off on changes to the Volcker rule, giving banks new freedoms to invest in or sponsor certain types of private equity funds.

The Volcker rule, imposed as part of the 2010 Dodd-Frank Act, aimed at shutting down high-risk investing perceived as contributing to the financial crisis. Named after ex-Federal Reserve chair Paul Volcker, its strictures include prohibiting banks from trading or holding stakes in a third-party hedge or PE fund.

Last week, the Federal Reserve and four other agencies finalized previously announced changes to the Volcker rule. Among them are exclusions of select “fund activities” that regulators believe no longer present the kind of financial-system risk the rule was intended to address.

The exclusions include venture capital funds, which banks will now be able to back as limited partners.

VC pools are being exempted from the Volcker rule, a joint statement by the regulators said, to help banks “indirectly facilitate this important type of development and investment activity, which may facilitate capital formation and provide important financing for small businesses.”

The new freedom is of value to banks because “venture capital is incredibly hot right now,” Timothy Clark, a partner with Goodwin, told Buyouts. In addition, he said, banks have a strong strategic interest in several VC-financed technology sectors, such as fintech.

The exclusion of VC funds, however, does not mean banks will be able invest in or sponsor other PE strategies with a comparable focus on small businesses, such as mid-market buyout and growth equity.

This is ensured by the “relatively narrow” definition of VC vehicles used by federal regulatory authorities, Clark said. The definition clearly specifies a “traditional VC fund,” he said, preventing “your standard buyout or growth-equity fund from shoehorning its way in.”

The Volcker rule changes also create an exclusion for credit funds. Banks will be able to back these funds as LPs, the joint statement said, where they are in line with the “same credit-related activities that banking entities can engage in directly.”

This exclusion, which appears to open the door to a wide spectrum of private credit opportunities, is also of value to banks, Clark said. It could, for example, enable certain lending activities using a third-party vehicle rather than relying on bank capital.

Not every regulator was on board with this change. In her dissenting statement, Federal Reserve governor Lael Brainard said it would allow banks to “invest without limit” in credit funds, some of which “played a material role” in the financial crisis.

David Portilla, a partner with Debevoise & Plimpton, told Buyouts that greater clarity about the scope of credit vehicles and strategies that banks will be able to participate in should emerge between now and October, when the rule changes come into effect.

More clarity is perhaps also needed concerning another Volcker rule change: the treatment of parallel investments made by a bank alongside a fund.

The provision suggests banks will be able to co-invest like any other LP. While this makes sense in the context of an exempted credit or VC fund, the potential freedom could be broader than that.

Federal Reserve vice-chair for supervision Randal Quarles said the package of changes reflects a simplification of the Volcker rule “in light of our experience over six years of implementation,” including experience with compliance and enforcement, which has been “difficult.”

Quarles said any resulting financial-system risk will be mitigated by other key measures. They include prohibiting banks from proprietary trading through a fund, restricting bailouts of sponsored funds, and limiting conflicts of interest.

Quarles is a former partner with Carlyle Group.