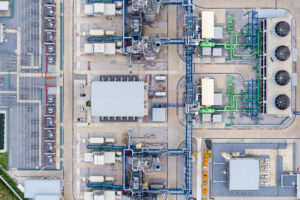 Warburg Pincus, no stranger to secondaries transactions, is running a process for more time and capital with its portfolio company Duravant, sources told Buyouts. The deal comes after Warburg sold a stake in the packaging equipment services provider to Carlyle in October.

The Duravant process is among a slew of single-asset processes to hit the market since last year, which is helping to drive total deal volume to record levels, potentially breaking the $100 billion market for the first time.

Warburg acquired Duravant through its 12th fund in 2017 from Odyssey Investment Partners. The total value of the deal is expected to fall in a range from $1.5 billion to $2 billion, sources said. Jefferies is working as secondaries adviser on the process.

Warburg’s sale of a stake in Duravant to Carlyle last year valued the company at around $5 billion, Bloomberg reported at the time. The minority deal set the valuation for the secondaries deal – a structure that has been used by numerous GPs to price single-asset transactions.

Some secondaries sources said the minority sale pricing structure, which helps move secondaries deals quickly through the market, is getting push back from buyers, who generally want to complete their own independent valuation work on the asset.

Secondaries buyers are hearing from their LPs that on single-asset deals they want buyers to be “able to craft and structure and price the deal instead of more syndicated deals,” according to a buyer.

Warburg has experience with complex secondaries structures. The firm completed one of the early single-asset processes with its company Allied Universal, a business services companies specializing in security, technology, janitorial and staffing. The deal raised around $1.5 billion, moving the company out of Warburg’s 2012 fund and into a continuation pool.

Warburg also completed a large strip sale in 2017, selling a strip of Asian assets out of its 11th fund in a deal valued at about $1.2 billion.

Other recent single-asset secondaries deals include Clearlake Capital’s process for Symplr, which closed recently and was led by Goldman Sachs, Landmark Partners and Partners Group. And CCMP, which is moving two assets out of an older fund and into a continuation pool led by AlpInvest Partners, BlackRock’s secondaries group and Glendower Capital.

GP-led secondaries deals represented about 60 percent of the approximately $48 billion in total deal activity in the first half of 2021, according to the first-half secondaries volume report from Jefferies. Single-asset deals accounted for about 45 percent of GP-led volume in that time period, Jefferies said in the report.