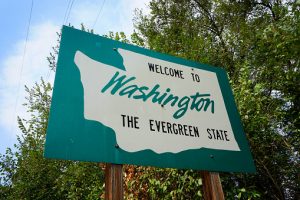 Washington State Investment Board pledged up to $650 million to private equity funds from Apax Partners and Warburg Pincus at its June meeting.

Washington has invested in Apax’s funds since 1998, according to the system’s spokesman Chris Phillips. Washington committed $250 million to Apax Partners’ ninth global fund in 2016, which raised nearly $9.5 billion.

The system also committed $300 million to Warburg Pincus China-Southeast Asia Fund II. The companion fund closed on $4.25 billion in June, according to a press release. The fund invests in Chinese and Southeast Asian portfolio companies.

The board invested in 12 previous Warburg Pincus funds. Washington committed $250 million to the pool’s China fund, which raised $2.2 billion and $225 million to Warburg’s financial sector fund, which hit a hard cap of $2.3 billion, in 2016 and 2017, respectively, Buyouts previously reported.

Last week, CIO Gary Bruebaker, who’s retiring at the end of the year, said in a statement:

The WSIB has conducted several months of additional due diligence in order to further assess The Rise Fund II after sudden and unexpected leadership changes were caused by a highly publicized criminal investigation involving one of the fund company’s leaders. After careful review of the situation and extensive meetings with the fund’s ongoing leadership, the WSIB has reaffirmed its $250 million commitment to the Rise Fund II. This decision is based on the WSIB’s reaffirmed belief in the fund’s original investment proposition, confidence in its continuing leadership structure, and the fact that the fund’s parent company has handled the recent situation in a transparent, highly communicative and decisive manner.