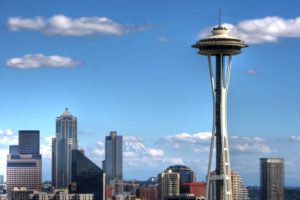 The fund will make co-investments alongside funds in which Washington is already an investor, according to an advisory announcing the commitment. It will focus on buyout and growth equity investments.

This commitment is Washington’s fifth with Fisher Lynch. The previous funds were a series called Fisher Lynch Co-Investment Partnership. The most recent fund was still relatively new, so returns may not yet be meaningful; the earlier funds appear to have improved in performance over time.

All told, Washington has committed $2.2 billion to Fisher Lynch over the past 15 years, meaning this latest commitment nearly doubles the amount the firm is managing for Washington. According to Buyouts data, there were other LPs in the first two vehicles, including Oregon State Treasury, but it was unclear if there were any other LPs in Funds III and IV. Washington did not respond to a request for comment.

According to its website, Fisher Lynch is a “boutique private equity co-investment specialist” that has evaluated deals from more than 200 private equity managers and closed over 120 co-investments during its history. It has offices in the Bay Area, Boston and London. It is led by managing directors Marshall Bartlett, Brett Fisher, Leon Kuan and Marcus Wood. Co-founder Linda Lynch stepped down in 2016 and now serves as a senior advisor. The firm did not respond to a request for comment.

As of February, Washington’s fund value was $127.78 billion.