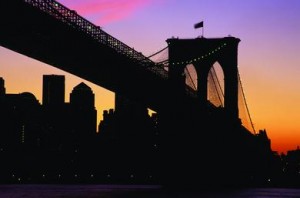 As well as the flow of institutional and private equity money from the US to Europe, another phenomenon has been taking place, one that has been quietly and quickly gathering pace, and one that could have a significant impact on the future of the European LBO market.

Cross-border syndications in the debt market are nothing new, but the number and size has been growing rapidly over the past 12 months. Partly driven by the increasing size of deals, the market is seeing the bigger companies, those which typically have revenue generating overseas subsidiaries, issue notes on both sides of the Atlantic: US companies with European subsidiaries have euro carveouts and European companies with US subsidiaries have dollar carveouts.

Rating agency Standard & Poor’s (S&P) has been following this trend and found that in the year to date, European issuers have raised US$13bn from US investors, an enormous increase on the US$3.8bn raised during the same period last year. Recent examples include Ineos, the UK chemicals company which had a US$1.5bn US carveout for its €7.42bn LBO of Innovene; Yell, the UK directories business floated by Apax and Hicks, Muse Tate & Furst in 2003, which had a US$1.8bn US carveout; and NTL, the UK cable operator that has been linked with a bid by a consortium of Blackstone, Cinven, KKR and Providence Equity Partners, which issued US$659m on the US market in a recent issue.

US issuers tapping European investors to date have raised US$4.4bn, again up from the figure of US$1.1bn for the same period last year. Examples include the well-publicised HCA deal, the US hospital operator which looks as though it’s going to be bought by KKR and Bain, is expected to issue around US$1.2bn to European investors as part of the debt package; Infor Global, an Atlanta-headquartered software provider owned by US private equity firm Golden Gate Capital, issued €399m; and Travelport raised €393m from European investors in its LBO by Blackstone from Cendant.

The increase of cross-border deals has encouraged the convergence of the US and European debt markets; in particular, it is forcing the European market to conform to the US, which, if the trend continues, is going to affect how LBO deals are done, having a knock-on effect for sponsors.

For one thing, it will see terms and conditions becoming more closely aligned between the two markets. The US is fairly covenant-light. European deals are heading that way but are not quite at the same level yet, but with an increase of cross-border deals, this is likely to change.

A second point is that with the US being a relative value market, the pricing of European deals will increasingly reflect underlying credit quality, which they do not at the moment. In the US, pricing reflects the loan and recovery rating and the debt market will react accordingly; so, for example, if people are expecting a loan to be rated at B+ and it comes out as B-, then the pricing will increase. This doesn’t really happen in Europe because demand is outweighing supply. There has been a lot of flexing down partly because there has been so much demand for paper in the market. However, this won’t last. Paul Watters, head of loan and recovery ratings, Europe, at Standard & Poor’s credit market services, says: “At the moment it is still a supply and demand imbalance which plays to the benefit of the sponsors but I don’t think we are far away from a point in the cycle when the market will start to push back and will start to look more closely at deals and differentiate between good quality deals and bad ones.”

The third impact an increase of cross-border deals could have is increasing disclosure in Europe, something which private equity has traditionally been averse to. Watters says: “The big issue for sponsors is that in the US the loan market is much more public than in Europe and so this could force the European debt market to conform to US disclosure requirements.” Such disclosure of information would include loan and recovery ratings, which are expected as standard in the US yet not in Europe. Obviously, such a development in the European debt market would be good news for S&P and the rest of the rating agencies, always big fans of transparency.