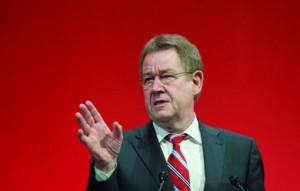 As they packed up and headed for their holiday villas this July, Europe’s legislators may have had a faint sense of unease at one piece of unfinished business.

Proposals to introduce stricter regulation to the private equity and hedge fund industries had been on their tables since late May, drawn up by the former Prime Minister of Denmark Poul Nyrup Rasmussen. In it, he called for the establishment of a single European overseeing body for financial services, for greater transparency from the funds, for changes to tax regimes to limit the deductibility of interest payments and – most crucially – for limits to the amount of leverage that private equity funds could apply to deals.

Although the plan was for the European Parliament (where Rasmussen is a prominent MEP) to vote on the proposals in June, they attracted such a welter of criticism from so many MEPs that the revised document, containing 221 amendments, is almost eight times longer than the original report.

Many amendments are of this nature, turning the sense of what had been written completely on its head, deleting any criticism of private equity or else changing critical remarks to complimentary ones. The whole debate has provoked, as Labour MEP Peter Skinner described it, a “schism” in the Committee on Economic and Monetary Affairs, to which the report was submitted.

It is easy to see how pro-private equity politicians would be irked by some parts of the report. Rasmussen is firmly on the left of European politics and makes no bones of his dislike and distrust of private equity. The big funds, he wrote in The Guardian, “have proven to be a menace to healthy companies, to workers’ rights, and to the European Union’s Lisbon Agenda (aimed at making Europe the world’s most competitive economy).” Leveraged buyouts, he tells the readership, “leave the company saddled with debt and interest payments, its workers are laid off, and its assets are sold. A once profitable and healthy company is milked for short-term profits, benefiting neither workers nor the real economy.”

So while major European figures such as Angela Merkel, Nicholas Sarkozy and Gordon Brown can all agree that some kind of financial regulation may be needed, in the face of an international crisis, Rasmussen’s proposals are so hot-headed and seemingly punitive to private equity that even moderate left-wingers have had trouble supporting them.

By going so far out on a limb, Rasmussen has of course harmed his chances of getting any of his proposals adopted. This suits no-one, since the politicians want to be seen to have acted in response to public disquiet, groups such as trade unions are pressing for measures to protect their members at a time of economic uncertainty and even the private equity fund managers would prefer the issues to be debated, a resolution reached and for them to gain more certainty over their future.

One size fits all

Of the specific recommendations, each has its proponents and its critics. Rasmussen proposes a single European framework, rather than 27 different sets of national regulations, comprising a ‘single entry point’ to a European financial market, and a public register for complex, structured credit products. Although such a move might appear unworkable, the European Venture Capital Association (EVCA) supports proposals that could aid movement of capital: “Divergent national rules risk regulatory fragmentation, which impede cross-border development of the industry in Europe,” notes Jonathan Russell, head of buyouts at 3i and the newly-appointed EVCA chairman.

At the British Venture Capital Association (BVCA), meanwhile, chief executive Simon Walker argues that such regulation “is a matter for each country to decide for themselves.” The Danish private equity association has made a visit to London to discuss the workings of the UK’s voluntary code of practice, while the French have brought in certain measures designed to create a ‘level playing field’ (although French lawyers claim that is has made M&A deals harder to achieve). “I don’t think there is the need for further regulation,” adds Walker.

A ‘one size fits all’ approach certainly cannot apply to all the aspects of this debate, as the EVCA secretary general Javier Echarri admits. “We’re not sure whether one solution can be spread across Europe,” he says. “Some things would create problems.” Echarri is working closely with MEPs to make them aware of the positive impacts of private equity and believes that they have a far greater understanding of the sector than they did as recently as mid-2007.

“Let’s not fool ourselves. There is criticism,” he says. “There is a need for more openness, but this report goes beyond issues of transparency and disclosure.” Echarri is most dismissive of the suggestion that leverage should be limited, arguing that it would lead inevitably to a higher cost of capital, which should be compensated by a lower rate of corporate tax. He views the thrust of Rasmussen’s report to be part of a campaign launched in early 2007 against hedge funds, which was “very ideological, anti-capitalism and anti-globalisation. The socialist group saw an opportunity to develop a policy as a continuation of this campaign and Rasmussen took it to an extreme.”

Echarri makes the point that, in the intervening 18 months, much has changed. Tightening credit markets have led to “private equity firms doing deals in very different ways. There is more stress on building companies.” Monetary and fiscal policies had created what Echarri describes as “excessive liquidity”, which brought about the availability of debt products which are no longer on the market. And in any case, he argues, “We [private equity firms] used those products, but we didn’t generate them.” He denies that leverage, per se, can be blamed for companies getting into trouble.

This sense of being singled out for criticism, when private equity firms were only doing what any other kind of investor could do, ripples through the debate. The EVCA is keen to “ensure that private equity is seen as, and treated no differently from, any other financial investor in the European markets,” says Russell. Private equity was not responsible for the sub-prime issue and should not be penalised for it, maintains the EVCA. Some countries, such as the UK, have already taken action to increase transparency by introducing a voluntary code of practice, so the industry is listening and responding.

Rasmussen would argue that because the scale of private equity investment has grown so enormously in recent years, a new set of guidelines is needed to cater for changed circumstances. If the disasters which have befallen Northern Rock, Freddie Mac and Fannie Mae in recent months were to hit firms owned by private equity investors, there would be a potential for trouble. “They are a major challenge to financial stability, and, unless regulated, they are likely to contribute to future crises,” says Rasmussen.

Echarri responds that, while any failure of a private equity-backed company is to be regretted, the US regulators are in fact petitioning private equity to rescue Fannie Mae and it is the rating agencies and banks that are now the focus of the general disquiet over systematic risk and the financial crisis. “We are no longer evil,” he says. In fact, Echarri maintains that private equity-backed companies have performed better than their counterparts in European markets. “I think private equity has this fighter attitude,” he says. “If something goes wrong, it has an impact on the funds, so they will fight to the last moment. If you have a very atomised shareholding base [as with public companies] there is a different attitude when things go wrong. It is a characteristic of private equity that makes me feel very comfortable.”

On tax issues, critics of private equity claim that deductibility rules mean that buyout firms have an unfair advantage and receive what is in effect a subsidy from the tax payer. “Loading their balance sheet with debt is an implicit tax subsidy resulting in companies of poor financial health and in reduction in public revenue at the same time,” reads the original Rasmussen report. Echarri points out that some countries (including Rasmussen’s Denmark) have already acted to reduce deductible expenses and that Rasmussen’s extreme views were partly formed by the TDC telecommunications deal in 2005, where the owners were non-resident in Denmark. Using tax havens such as Luxembourg is “sometimes necessary to avoid double taxation,” he claims, especially where a deal is cross-border. “Operating offshore is related to business efficiency. It is no different from how many other businesses operate,” he says.

Rasmussen proposes to link together the dual issues of leverage and tax treatment: rules should be introduced to “specify the appropriate level of debt at any given time in relation to the target company, bearing in mind the legitimate rights of important stakeholders (including employees),” reads the report. He suggests that there should be “taxation consequences for private equity funds in cases of excessive debt; such consequences could include eliminating or reducing the tax deductibility of interest payments on the debt concerned.”

It is a neat idea, and certainly appeals to groups who feel that private equity has been able to store up vast profits at the expense of ordinary workers, but it will clearly be resisted vigorously by private equity organisations such as the EVCA. “If there are outstanding issues that may affect the industry’s ability to raise and invest funds efficiently, EVCA will continue to argue the industry’s case,” says the EVCA’s Jonathan Russell.