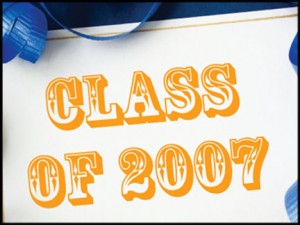 Clearly interest is there on the buy-side. All told sponsors closed 36 high-tech and 33 health care acquisitions in the first quarter, ranking them third and fourth, respectively, with the most number of deals among 12 deal sectors tracked by Buyouts. These deals remain in demand as the second quarter nears its close.

One big motivator for selling 2007 portfolio companies is to satisfy the demands of LPs, who are eager for realizations after several lean years. Needless to say, general partners with an eye on their next fund are especially attuned to the liquidity needs of investors.

It is also arguably a good time to maximize sale prices. Growth prospects for the two sectors look stronger than ever. After the most severe economic downturn since the Great Depression, technology should benefit as the economy picks up steam while health care will get a demographic boost from the growing needs of America’s huge population of aging Baby Boomers.

Signaling a mood to shop, 70 percent of private equity firms surveyed by Rothstein Kass believe 2013 offers more attractive investment opportunities than in 2012 because of the economic recovery, pent-up demand from those who wished to sell but were put off by lower-than-hoped-for valuations, and more entrepreneurs in the market seeking investment.

Health care ranked as the most attractive sector with 36 percent of private equity firms expecting to make a purchase in 2013, followed by 34.6 percent for technology in the No. 2 slot.

“Private equity firms have a lot of dry powder right now to put to work,” said Paul Hammes, divestitures leader at Ernst & Young. “You look at acquisitions [older than five years and] they’re at the end of their shelf life. Some are over their shelf life. There’s no doubt we’ll see an increase in PE exits.”

The frothy market for exits has not been lost on New York-based Apollo Global Management.

Co-founder Leon Black may have set the tone this year for buyout shops with his often-cited comment in late April at the Milken Institute. “We think it’s a fabulous environment to be selling,” he said. “We’re selling everything that’s not nailed down. And if we’re not selling, we’re refinancing.” He added the financing market appears to be back at levels comparable to 2007.

Apollo Global Management does have one 2007 deal in the tech and health care space: CardCops Inc, a provider of credit card and personal information protection services folded into marketing firm Affinion Group. Affinion filed to go public in 2007 and 2010, but the company remains part of the sponsor’s portfolio, with General Atlantic owning a stake as well.The firm’s private equity funds have realized about $13 billion of proceeds since the start of 2012, while the firm continues to invest about $4 billion a year to grow its business, according to a June 5 presentation by the firm.

Among the more active tech and health care acquirers in 2007, Blackstone Group LP purchased seven companies, including the pharmaceutical technologies and services segment of Cardinal Health Inc for $3.3 billion in cash. The firm was renamed Catalent Pharma Solutions and remains in its portfolio. Blackstone Group also teamed up with Goldman Sachs, Kohlberg Kravis Roberts & Co and Texas Pacific Group Inc to pay $9.4 billion for Biomet Inc, a maker of surgical and medical supplies that remains part of the sponsor’s portfolio.

Carlyle Group spent about $6.1 billion to buy nursing home operator Manor Care Inc. as the largest of its six technology and healthcare deals in 2007. In 2010, Carlyle Group sold off Manor Care’s real estate portfolio for $6 billion to real estate investment firm HCP but the successor to the firm, HCR ManorCare Inc, remains part of its portfolio.

In the middle market Golden Gate Capital bought 10 tech firms in 2007, with the largest disclosed price tag of $210 million for Workbrain Corp., a provider of workforce management solutions.

Ripe On The Vine

Why are so many of these companies still in sponsor portfolios?

Fueled by cheap leverage, target prices ballooned in 2007. After the financial crisis, valuations took a dive, forcing sponsors to hold on to acquisitions longer in order to wait for prices to come back up again.

On average, sponsors kept acquisitions for five years in 2012, up from 3.9 years in 2008, according to data provider Preqin. As of June 6, 69 percent of sponsor-backed health care and 66 percent of technology companies purchased in 2007 remain unsold.

“There are still a lot of businesses that are held from the 2006 and 2007 timeframe that inevitably will have to be sold,” said J. Ryan Clark, managing director of Genstar Capital, the San Francisco-based buyout shop. “It’s a question of when investors feel like the return is sufficient enough to put it on the market. It’s a good time to sell because the financing markets are so strong.”

In 2007, Genstar bought Santa Cruz Radiation Oncology Medical Group for an undisclosed price and folded it into Oncure Medical Corp., a radiation treatment provider that remains in the buyout shop’s portfolio.

On the tech side in 2007, Genstar acquired ConvergeOne, a provider of application management and support services and TravelClick, a developer of market intelligence and reservations software. Both are still in Genstar’s portfolio. Clark declined to say if any of these companies are on the market.

While Mincom was sold to ABB in 2011, some of those purchases remain in its portfolio, including Healthland, a provider of information technology for community hospitals that was formerly called Dairyland Healthcare Solutions.

“We’ve been fortunate that in our second fund, we made 30 investments and sold 10 companies — we’re in very good shape,” said Dipanjan “DJ” Deb, managing partner of Francisco Partners. “Our first 10 investments have returned all of the capital that we paid for all 30 companies. The next 20 exits will represent all gain.”

He added it’s not easy to manage portfolio companies that carry a lot of debt — a common issue for vintage 2007 deals.

“You try to create value through add on acquisitions, or generate cash flow to pay down debt, or by bringing in a new management team to rejuvenate the company,” Deb said. “You try whatever you can to create value. If you pay too much you start out behind. It doesn’t make it fatal. It just makes it more difficult.”

Kenneth O’Keefe, managing director of Vestar Capital Partners, said the firm is looking at exits of older portfolio companies, but he declined to provide any further details.

Some healthcare deal-making remains on a slower track as buyers wait out the effects of Obamacare taking place in the coming months, but health care information technology remains a fertile area for deals, along with most other major categories, he said.

“This is a good time to sell, especially if you have a good company,” O’Keefe said. “It’s a bit pricey for companies so you’re better off being a seller than a buyer. Good companies are getting a good look and even others are attracting a lot of interest.”

Phil Canfield, managing director of GTCR, said the firm didn’t do a lot of buying in 2007, but he’s seeing strong acquisition interest in among technology and healthcare companies.

“People that were thinking of selling for the past three years decided to speed up their deals to get them done before tax rates changed at the end of 2012,” he said. “It’s slowed down a bit this year, but unless something really bad happens in the stock market, you’re gonna see good deal flow.”