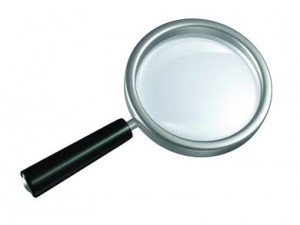 As private equity houses in the UK start to comply with the Walker Review and publish their annual reports for the first time, there is a growing expectation that a wider group of investors will be brought into this realm of corporate disclosure.

Dubai International Capital is being tipped to be one of the first Middle East-based investment groups to join the British Venture Capital Association (BVCA) and therefore part of the transparency and disclosure code in UK private equity.

Among Dubai International Capital Private Equity’s portfolio – predominantly in Germany and the UK – are its £675m secondary buyout of Travelodge and its £800m acquisition of leisure company Tussauds Group – later merged with Blackstone’s Merlin Entertainments Group in 2007 – in which the investor holds a 20% stake in the Tussauds-Merlin Group.

Keen to encourage other investors to sign up to the BVCA-led code of disclosure of UK portfolio company holdings, senior representatives from the BVCA, including chairman of the disclosure monitoring group Sir Michael Rake and chief executive Simon Walker, are due to visit the Middle East to seek support from investors.

The Dubai office of law firm Linklaters will be hosting an event for the BVCA to meet investors in the region, including sovereign wealth funds. The delegation was expected to meet investors in the Middle East in the final week of May but this event was cancelled because a number of attendees had previously committed to go to Moscow for the European football Champions League Final.

The rescheduled event is also expected to establish dialogue with the Qatar Investment Authority, which came close to buying supermarket chain J Sainsbury and owns £3bn of healthcare assets in the UK.

“We’re very happy to foster voluntary compliance of the code for long-term investors of any kind,” Simon Walker told EVCJ. Referring to both sovereign wealth funds and pension funds, Walker added: “I think it will help them to be part of a voluntary arrangement.”

The UK’s Treasury Select Committee has yet to timetable any evidence sessions about the role of sovereign wealth funds or other private investor funds, according to a spokesman at Parliament in London. To date, there have not been any formal requests to investigate their role in UK corporate ownership.

Alternative Investment Management Association (AIMA) deputy CEO Andrew Baker told EVCJ that the hedge fund community welcomes any call from the Treasury Select Committee to discuss the asset class’ role in the UK economy. In relation to the scrutiny on private equity, he said: “Our personal view is that private equity had a bit of catching up to do.”

“Sometimes more disclosure is very helpful. Equally, you can get drowned in a sea of data,” he added.

Speaking at the SJ Berwin-sponsored Walker Review Debate in London in early May, Philip Dunne MP said: “We are going to be looking to understand the way debt and large capital flows impact on the economy and on our banks and I think there is a role for the sovereign wealth funds to come to talk to us about how they see their roles in developing capital flows work.”

“I think anybody who takes over a UK public company, which meets the portfolio threshold, should be in a position to comply with the same disclosure obligations that anybody else, if they happen to be based in this country, has to comply with,” he said.

“That may require in due course some means of enforcement. I’m not envisaging the FSA having to send a hit squad into some of the more impenetrable central banks to extract that information but I think we have to work with these organisations. It’ll be in their interest to seek to play the game,” Dunne said.

While the private equity industry is publicly confident that the new wave of disclosure will keep the labour unions, other stakeholders and Government from launching any fresh calls for transparency, there is the view that other investors such as the Virgin Group, retail entrepreneur Philip Green and other private investors should sign up to a voluntary code.

“I think the BVCA guidelines are fair and to the extent that companies are controlled by sovereign wealth funds they should be adopt the same level of disclosure,” said one mid-market GP.

He added the Treasury Select Committee should consider that the “greater benefit would be to look at the red tape that faces British industry”.

But when it comes to the concept of disclosure, there is a strong view in private equity circles that financial data should only be disclosed to shareholders, while stakeholders should only be informed of what really matters to them.

Conversely, there are calls for more disclosure about who is actually running privately owned companies and what exactly motivates the management of those companies.

Even for the regulators and government officials, the challenge is to present information in a way that is clearly understandable. “It has to be broken down into baby talk for them,” said Jon Moulton of Alchemy Partners.

“I’m glad I’m not a mega fund. The Walker Report will generate a lot of paper [from private houses] which will be very little read,” said Moulton.

He added that any renewed vigour in terms of scrutiny of private shareholders, whether someone like Richard Branson or a private equity house, will be determined by “ a big failure or by grotesque behaviour”.