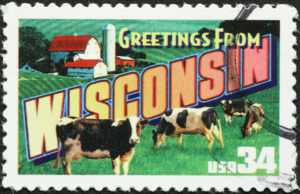 State of Wisconsin Investment Board committed $4 billion to various funds in 2021, well over the amount the system planned for at the beginning of the year and an indication that the market is producing a plethora of opportunities.

SWIB jacked up its allocation target to private equity to 11 percent, from 9 percent at the beginning of the year. It committed to 55 funds, a record for the system, which also had a record year in coinvestments.

SWIB projects spending another $3 billion on private equity in 2022.

“Private markets are very frothy at the moment, seeing lots of capital coming into the space, as a result of this we have been having to work harder and work smarter,” according to Anne-Marie Fink, SWIB’s private markets and funds alpha managing director. “In terms of working smarter, the first area of that is about collaboration. We put our co-invest team and our PE teams together earlier this year and it resulted in the biggest co-invest year we have ever had after aligning those two teams.”

She also added that being disciplined has been part of the working-smarter thesis.

“Managers coming back faster and bigger and want more money, so we have had to stay disciplined as we want to maintain smooth pacing,” she said. “That sometimes means walking away from deals when the price gets too high, saving dry powder for better deals down the road.”

She noted that SWIB has also been focused on negotiating with their GPs, “looking for ways to make the economics more even between us and them.”

In terms of working harder, SWIB also is focused on developing its own top-down views and being a little less reliant on consultants.

“We also put the PE and special ops team more closely together, which has resulted in better reporting and has reduced the amount of time the investment team spends on more mundane aspects and tracking,” she said.

The pension has been “pounding the pavement” and traveling for in-person meetings with both GPs and fund managers.

As of September 30, 2021, the SWIB PE portfolio is outperforming benchmarks in all periods, with the private equity portfolio’s current return reaching more than $13 billion for the first time ever.

The coinvestment portfolio is underperforming over a one-year period, but outperforming the three- and five-year time periods, returning 24.7 percent for three years and 28.7 percent for five years.

“Distributions received during the first three quarters in 2021 have already set an annual record for the PE current return portfolio and we expect a very robust Q4 as well,” said Scott Parrish, private equity portfolio manager at SWIB. “For the PE portfolio, strong performance for all periods and we estimate returns for Q4 is around 7 percent, with growth equity the strongest performer of the sub-asset classes.”