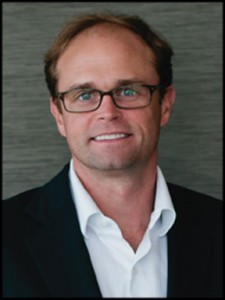 “We had to get through a personality test—each individual on our team had to take one,” said Searcy, managing director of the Dallas-based firm launched by veterans of Insight Equity. “That was one of the most interesting due diligence processes I’d ever been through.”

Trive Capital, which seeks to acquire under-resourced mid-sized companies, wrapped up its fund above its initial $250 million target in about five months. But many other rookie and next-generation general partners haven’t had such had such an easy time in 2013’s choppy waters.

Those that have moved past the one or even two-year marks on fundraising efforts include Staley Capital, a Waltham, Mass.-based firm led by Managing Partner Renny Smith,a Thomas H. Lee Partners veteran. The firm specializes in providing growth capital to business service firms. Also out for that long: A&M Capital Partners, an independent affiliate of turnaround specialist Alvarez & Marsal led by Michael Odrich, former head of Lehman Brothers Private Equity. The firm also employs veterans of BA Capital Partners and Gryphon Investors.

Public Pension Capital, a mid-market generalist firm launched by two ex-Kohlberg Kravis Roberts & Co. pros, Perry Golkin and Michael Tokarz, recently won a nine-month extension, to June 2014, from backer Oregon Investment Council to secure $500 million in commitments, according to a report. Oregon Investment Council had committed $100 million to the firm contingent on it securing a half-billion dollars in commitments by late 2013.

Launching Fund I or Fund II may be even tougher than it was a few years ago, according to interviews with LPs, placement agents and GPs. Flexibility on fees and warehousing deals to establish a track record are often critical to wooing finicky investors, plus plenty of patience.

“You have to understand that the odds are way less than 100 percent—maybe 50 percent—that you’ll be successful,” said Terry Mullen, partner at mid-market buyout firm Arsenal Capital, a New York-based industrial and healthcare specialist that closed its third fund at $875 million early this year, above its $750 million target. “You have to be very crisp in your strategy and your market space and you have to convince investors why you have unique advantages that will enable you to succeed.”

All told, out of some 200 private equity funds in the fundraising market from U.S. sponsors, a Buyouts survey identified some 32 debut funds that had raised a combined $2.8 billion in the first three quarters of the year.

Among second-generation funds, Buyouts counted 40 Fund II’s with a combined target of $15 billion and 26 Fund IIIs with a combined target of $22 billion. The list excludes newer fund lines managed by older private equity firms, such as Thoma Bravo’s Special Opportunities Fund I, or TPG Opportunities Partners III LP from TPG . (See accompanying chart of selected next-generation funds in the market.)

Successful finishes among younger mid-market firms in the past year include ones from Trive Capital, Siris Capital Group, Peak Rock Capital and Incline Equity Partners. Other debut or next-generation sponsors cited by LPs as currently in or around the fundraising the market include Atlas Holdings,the Greenwich,Conn, turnaround specialist seeking an estimated $650 million for its second fund, after raising its debut vehicle in 2010; and Mill City Capital, which plans to raise up to $200 million for its second buyout fund in three years after spinning out from Goldner Hawn Johnson & Morrison.

Also among the crop of newcomers, Solic Capital Management, an Evanston, Ill-based specialist in distressed asset management and principal investment firm, is out fundraising. The firm was founded last year by Edward Casas, who headed up Navigant Capital Advisors, the advisory unit of Navigant Consulting Inc

And plenty of new firms are being launched, including Bridge Growth Partners, a New York-based specialist in technology and financial services deal founded by Alok Singh, formerly of New Mountain Capital, and Sander Levy, a Vestar Capital Partners alumnus. Jessica Bibliowicz, former CEO of National Financial Partners, also joined the firm as a senior adviser. No word yet on how much the firm plans to raise.

Meantime, Aterian Investment Partners, founded in 2009 by Sun Capital Partners veteran Michael Fieldstone, is talking to potential investors about a new fund, according to sister website peHub.com. One potential LP said the firm could target as much as $400 million. The New York firm invests in established businesses with revenue of $25 million to $500 million. The firm takes its name from a stone tool used 80,000 years ago to sharpen other tools for hunting, carving and field work.

The boom in next-generation funds in the marketing is being felt across the industry. The more successful ones are creating jobs, including partner-level positions that could attract the professionals who feel they’ve topped out at their current firms or whose firms are struggling to raise money. For LPs they offer the opportunity to get in early with high-performing shops at reasonable prices.

While the hurdles for next-generation managers are high, a number of advisers make a specialty of backing such groups, and many institutional investors carve out emerging-manager allocations.

Billy Charlton, partner and head of U.S. investments for adviser and fund-of-funds manager Altius Associates, said more LPs are taking a look at younger firms as part of an overall move into alternative assets. Charlton said research by his firm shows that some of the best returns are produced by the first couple of funds managed by sponsors.

“There’s some logic to that — If you don’t do well with the first fund, there isn’t a second or third fund, and usually there’s more personal wealth and political capital in the first fund,” Charlton said.

An informal survey of LP commitments to younger funds identified $714 million pledged in the second half so far.

David Fann of TorreyCove Capital Partners, a private equity adviser that has recommended younger and minority-owned shops for the Oregon Investment Council and the Illinois Teachers Retirement System, said his firm hears about or reviews more than 1,000 opportunities a year, holds about 400 meetings, and ultimately recommends 25 to 50 for investments covering all strategies in private equity.

“One of the hardest things about the process is that it’s ego-bruising,” said Fann. “You have a lot of meetings. You typically don’t get immediate feedback. In many cases, it takes multiple meetings and you have prospective investors performing invasive due diligence. And there’s no certainty it’ll ever close. For very successful, A-type personalities, rejection can be a hard thing.”

Funds with names already known in the LP community tend to meet success much sooner, such as Altamont Capital, made up of familiar names from established firms Golden Gate Capital and Bain & Co. After raising its first fund in a reported three months, Altamont is back in the market for a $750 million Fund II, according to sources.

With successful fundraises well over $1 billion, Vista Equity Partners and Marlin Equity moved from the ranks of newer firms into more established, all-star players in the past year.

But these cases remain the exception.

Sources familiar with the fundraising scene said a tack by A&M Capital to offer more favorable terms to an anchor LP helped get the firm to draw more interest in its fundraising effort. A first-time fund with a close affiliation with restructuring advisory firm Alvarez & Marsal Holdings, A&M Capital offered a 1 percent management fee, 10 percent carried interest and 100 percent offset of transaction fees provided the Oregon Investment Council would commit $75 million to the fund as an anchor.

A&M Capital Partners LP filed a form D on June 21 disclosing $228.5 million in total amount sold, up from $124 million from a filing in March. A source said A&M may be approaching a final close with additional commitments.

Public Pension Capital also agreed to lower fees for Oregon Investment Council, with the state agreeing to pay management fees averaging 1 percent for the first five years; a 5 percent carried interest should the fund produce a compound annual return of between 4 percent and 8 percent; and a 10 percent carried interest for a return above 8 percent.

Altius Associates’s Charlton said younger firms may also cobble together acquisitions without a fund to establish a track record with LPs.

“You may warehouse a deal, where you put a deal together and use personal or some institutional money and then once the fund raises, you bring it in,” Charlton said. “It’s a way of showing what your deals look like.”

Indeed, one LP said early acquisitions by Siris Capital Group helped the firm spin out from SAC Capital and raise its first fund in 2011. Although the firm was founded by veterans of Ripplewood Holdings LLC, “they needed to prove they could work together,” and the pre-fund deals helped, the LP said.

Arsenal Capital’s Mullen said pulling off acquisitions on a pre-fund basis, or early in the life of the fund, could help draw in LPs interested in co-investing. “We love it when our LPs co-invest,” he said. “It helps to get them know us better, and show off our team. It builds a better relationship.”

Brian Gallagher, a partner with Chicago-based fund of funds manager Twin Bridge Capital Partners, said no more than 10 percent of young firms manage to raise funds “almost instantaneously” while a sizable group gets there in 12 to 15 months. A large group takes even longer to get to their target, but lives to fight another day. And even others have been out fundraising for three years.

“Lots of groups have taken well over 100 meetings to land their fund,” Gallagher said. “You should take that trip to Juneau, Alaska, because you’ve laid the groundwork for the next fundraise. It’s never a waste of time.”

Gallagher said he’s been hearing a lot of pitches from younger funds positioning themselves as distress and turnaround specialists to LPs who want to find the next early Sun Capital, or Marlin Equity.

“LP’s are looking for a differentiated strategy—some sort of hook, some sourcing advantage, a selective deal profile and demonstrable operational skills—(plus) the ability to grow revenue and margins and improve cash flow.”