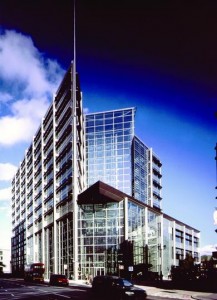 Hermes acquired in June 2004 when it was valued at £80m and planned to grow the business organically and through acquisitions. In 2004, the ABN Amro private equity team were also in contact with OyezStraker’s management team. Southwell, managing partner of the UK buyouts team at ABN Amro said: “We met the team a couple of years ago but they didn’t have a proven track record of acquisition success at that time. So we decided against investment. But they have clearly been successful since then.” In partnership with Hermes OyezStraker made several acquisitions such as Whitegrove, Lynch McQueen, Office Zone, Dudley Inkwell, Office Expert and File Data and the business is now valued at £163m an increase of £83m on 2004 valuations.

Despite the criticisms that secondary buyouts are often overvalued and prices become overheated during the auction process, Southwell and Staal have made many successful secondary buyouts for ABN Amro. In late April 07, the group sold Park Resorts for £440m. Park Resorts was an amalgamation of GB holiday Parks which ABN Amro acquired in November 2004 from RBS in a secondary buyout worth £105m and Park Resorts which was purchased a month later in another secondary buyout, this time, from Close Brothers Private Equity for £165m. The sale of the combined company generated an IRR of 47% and a money multiple of 2.4x. It was also a secondary buyout from GI Partners which provided their exit route. In April 07, ABN Amro Capital also acquired , a nautical equipment company in a secondary buyout from AlpInvest Partners in a competitive auction. It is also going down the acquisition route to find growth. Beschier Kik, CEO of Vetus said: “We will actively start looking for add-on acquisitions to further complement our product range and boost international market share.”

Besides OyezStraker and Vetus Den Ouden the team round out their quintuplet of buyouts with the co-acquisition with of , a publishing and security identification group, from the for €415mn; the February 07’ buyout of and the January buyout of ’s for £70.4m.

Marc Stall, managing partner of ABN Amro in the Netherlands puts the group’s success in winning auctions down to building rapport with management teams. Charming.