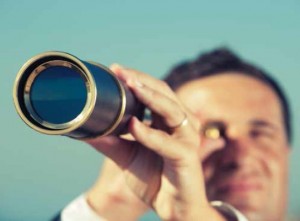 Among the investor group backing the company with Altas Partners is Andell Inc, a private investment firm and family office chaired by Andrew Hauptman.

Altas Partners Managing Partner Andrew Sheiner declined to comment on any financial terms of the CVS deal, but he said Altas was attracted by the opportunity to partner with “the most talented management team in the space” as the company grows.

“Optometrists are attracted to the notion of becoming part of the MyEyeDr family,” Sheiner said. ”It allows them to operate with the substantial benefits of scale.”

Altas began a deep dive in the optometric space more than two years ago and came across CVS a few months later. The current members of CVS’s management team, led by co-founder and CEO Sue Downes, will continue in their current roles.

“When the existing investors were looking to sell, management reached out to us as their preferred partner,” Sheiner said.

Founded by Onex Corp veteran Sheiner, Toronto-based Altas may own portfolio companies for longer than the three to seven years of a traditional private equity fund, although it may sell in that time frame if it sees an opportunity. Altas Partners looks to make one to two investments per year, according to a person familiar with the firm.

Tapping capital from institutional investors, Altas has invested about $1 billion thus far in three companies: Capital Vision Services, NSC Minerals Ltd, a Saskatchewan-based producer of salt for highway de-icing; and Saint George’s University in Grenada, a private medical school. Altas teamed up with OPSEU Pension Trust (OPTrust) on the deal for Saint George’s. The firm has been investing without a fund.

“Our view is these types of businesses are hard to come by and precious and that it is very valuable to have an orientation and the flexibility to own them for a longer period of time,” Sheiner said.