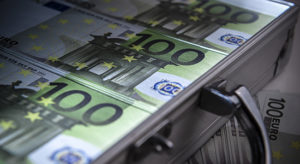 Leading private equity healthcare specialist ArchiMed announces the one-and-done final close of its small cap-focused MED III fund on its upper limit of €650 million after less than two months of fundraising. The fund is twice the size of its predecessor, the fully invested MED II fund, which closed on €315 million in 2017. MED III targeted €500 million and received hard commitments in excess of €1.3 billion.

“Investors pushed us towards a significantly higher hard cap,” says ArchiMed founder and Managing Partner, Denis Ribon. “But we wanted to stay true to the fund’s focus on smaller firms, so we capped this where it makes sense for the strategy. Investment discipline is key to our success and we’ve sized MED III to provide a seamless transition from MED II, based on a very strong deal pipeline.”

Over 95 percent of MED II investors re-upped. Some 25 percent of MED III investors – old and new – come from the United States, with 50 percent spread through most of the EU countries and the remainder from European countries outside the EU. Some 85 percent are institutional, mostly endowments, foundations, insurance companies and pension funds, while 15 percent are family offices. MED III was raised exclusively by virtual means, with no placement agent. Clifford Chance acted as legal advisor.

Using limited leverage so as not to compromise growth opportunities, MED III will target 12-14 majority control investments in healthcare companies with annual revenues of between €10 million and €100 million, in Europe and North America, partnering with families, founders and management teams. Prioritized healthcare industries include Biopharma and related services, Medtech, Life Sciences, Diagnostics, Consumer Health and Healthcare IT.

The latest fund’s predecessor, MED II, invested in a total of 11 companies and is a top quartile performer for global buyout funds for its vintage year, according to Preqin.

About ArchiMed – www.archimed.group
ArchiMed is a leading private equity firm focused exclusively on the healthcare industry. ArchiMed serves as strategic and financial partner to European and North American small and middle-market businesses in targeted segments of healthcare, including pharmaceuticals, medical devices &amp; technology, healthcare IT and consumer health. ArchiMed bases its strategy upon integrated private equity, medical and operating expertise, and its trans-Atlantic platform that supports growth through internationalization.

Over the last 20 years, ArchiMed’s leadership team has directly managed and invested in over 50 small to large-size healthcare companies globally, representing over €5 billion of investment. ArchiMed manages nearly $3 billion in assets across five funds, small-cap-focused MED I, MED II and MED III, gene &amp; cell therapy-focused PolyMED and mid-cap-focused MED Platform I. ArchiMed is an impact investor and a signatory of the Principles for Responsible Investment, pledged to uphold the United Nations’ Sustainable Development Goals.