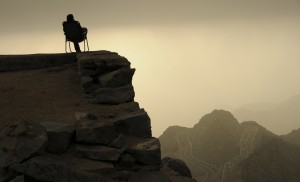 The total offering amount for Ares Special Situations Fund IV LP is listed as $1.515 billion, suggesting Ares is holding a slot open for one more commitment of $15 million.

The fund had a target of $1 billion and a hard cap of $1.5 billion, according to a December Buyouts report, which cited New Mexico State Investment Council documents. The fund plans to buy “dislocated and out-of-favor assets” such as first- and second-lien bank loans, high yield bonds and other securities, according to the investment council documents.

Buyouts was the first to report on the fundraising effort for Fund IV in May 2014.

Fund IV LP are not named in the Form D, but Buyouts previously reported the fund received commitments from the New Mexico State Investment Council, the New Mexico Educational Retirement Board (ERB) and Kentucky Retirement Systems.

Ares’ website shows that Hall is a senior VP and senior associate general counsel focused primarily on the firm’s Tradable Credit Group (TCG); Margolies is a senior partner and head of TCG; Moore is a TCG portfolio manager; Nguyen is an executive VP, CFO and treasurer of TCG and Ares Private Equity; Schall is a TCG member and a portfolio manager for Ares Special Situations Fund; and Weiner is Executive VP and chief legal officer of Ares Management GP LLC, Ares’ general partner.

Ares’ third special situations fund generated a net IRR of 15.86 percent as of June 30, 2014, according to New Mexico ERB.

A spokesman for Ares did not respond to requests for comment.