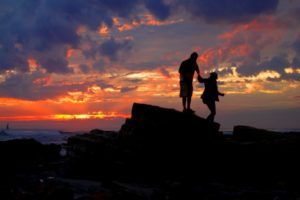 Back in the glory days of private equity, before the global financial crisis, firms frequently clubbed together, combining their buying power to buy massive companies. These deals, years down the line, proved to be challenging because of the sky-high prices firms paid in the heated environment during the credit bubble.

In this market, lead buyers on GP-led secondaries deals, which a few years ago would have represented 75-100 percent of the purchase price, now account for as low as 15-20 percent of the price, numerous sources tell Buyouts.

“What surprises me is in some billion-dollar deals, you even see this on the fund portfolio side, the lead could be $150 million,” one secondaries buyer says. “It used to be you’d have to be a quarter if not a third of the deal to lead.”

Such deals, especially larger versions at $500 million to more than $1 billion, require a dispersion of exposure for buyers because no firm wants a single asset representing too much of total fund capital, sources say.

“Three, four years ago, almost all GP-led deals done in the market had a single buyer. That has steadily changed over the years, and last year, around three-quarters of the deals done were syndicated across multiple buyers,” says Jeff Akers, head of secondaries at Adams Street Partners. “Deals are getting larger and secondary funds, as they think about risk management, don’t want to be overweight single companies in their funds.”

This issue is solved by buyers’ groups getting larger, with lead buyers representing a smaller percentage of the total purchase price. One of the selling points secondaries advisors bring to market is the ability to syndicate deals across large co- investment groups.

“Secondary buyers have a growing number of potential transactions on which to conduct due diligence, forcing them to strategically choose which transactions to pursue as a potential lead buyer,” the report says.

One headline example of a big investment group is New Enterprise Associates, which in 2018 completed the $1.35 billion spinout of 31 assets out of four older funds.

Goldman Sachs led a buyer group that included Hamilton Lane and 18 other investors. Companies that were part of the spinout included 23andMe, Duolingo and Uber, as well as several enterprise SaaS and cloud/hybrid services providers.

The rise of club deals in secondaries comes as deals grow in size. And that includes single-asset structures that concentrate exposure to one company, which traditionally has been too much risk for firms to put into their funds.

But funds have grown so large that they are better able to handle the concentration risk that comes with a larger bet in one company. “Some secondary funds raised today are larger than where the market was 15 years ago,” says Adam Howarth, managing director and head portfolio management Americas with Partners Group. “They can now speak for certain lumpy assets.”

Still, investment consortiums are on the rise because “that’s how you manage the risk, by right-sizing to your fund,” Howarth says.

Consortiums seem to come into play with single asset deals, which are a relatively new phenomenon in the secondaries market.

As secondaries firms have raised larger funds, they are more willing to take on more concentrated risk, and sellers can run an asset through a secondary process, retaining ownership of the investment while still delivering liquidity to LPs, instead of simply selling out.

But single-asset deals are controversial, and many firms believe they represent too much risk beyond what was intended for secondaries funds.

“We’re going to be careful on those,” the secondary buyer says. “One way to blow up a secondary fund is to do too many single asset deals.”