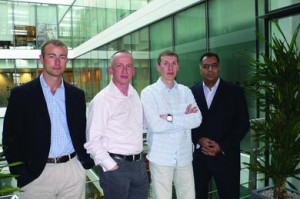 The team has been plucked from across the company to create and develop new technologies and seed external businesses. The director of Betfair’s new ventures team is David Jack, who previously led the engineering and R&D teams at Betfair. Jack has 15 years’ experience in innovation, inventive product design and delivery with start-ups and NASDAQ-quoted companies. He joined Betfair from Zygon, a 3i and Intel Capital-backed start-up. He was also formerly director of operations at software company Citrix and director of development at Cambridge start-up Digitivity. Prior to this, he ran his own consultancy practice specialising in the development and creation of products based on new technologies. Though Betfair’s VC team will not be taking investment from external investors Jack said: “I will know that we are successful when we team up with one of the blue chip venture capital investors such as 3i.” However, not all European VCs are so keen to see Betfair develop their capabilities. One VC that brought a gaming company public in Germany last year said: “As a contrarian investor, Betfair entering this market is a sure sign that the betting game is over. We took our company public at the height of the gaming hype. When mainstream companies move into VC in the sector – it is clearly time to move out.” Perhaps he fears the competition or maybe this launch is a sign that its the beginning of the end for this sector — the only sure bet on gaming is that the house always wins.

Jack is teamed with Martyn Holman, also a director of Betfair’s ventures team. Holman previously headed strategic business development where he led Betfair’s German licence and market entry strategy, Betfair mobile and Betfair Live Video. Martyn joined Betfair from the Boston Consulting Group (BCG), a strategic management consultancy. As a consultant he worked on a broad range of significant game-changing initiatives for a variety of FTSE 10 equivalent companies. Martyn spent a total of five years with BCG. Martin Thompson is the head of solutions architecture for the team. He previously headed emerging technology in Betfair’s advanced technologies group (ATG). Prior to joining Betfair, Thompson spent the dot.com years leading development teams in the mobile commerce, content management and entertainment sectors. He was CTO at www.trustthedj.com from inception to launch. He then worked in development at Cataloga and personally negotiated the company’s sale to Stibo. Martin joined Betfair from Cellectivity where he designed and implemented their second generation mobile commercial platform. Thomson also holds a directorship with Content Mirror, a product content management software provider, which he founded. Prior to the dot.com boom, Thomson was the senior architect at Parallax Solutions, a boutique consultancy specialising in high performance systems based on research work from SUN, IBM and Oracle. At Parallax Thomson lead global architecture for BMW in Munich, Smile Internet Bank, Lombard Motor Finance and built an application server for Hatton Blue. In addition he led tiger teams fixing technical issues at CMIG, Egg, GUS, Norwich Union and RSA .

Rounding out the team is Sajeeve Bahl, the head of programmes and integration. He previously created the Development Partner Programme in the Advanced Technologies Group (ATG) and also starting the offshore efforts with Engineering and PMO. Bahl now brings his skills to developing new significant commercial opportunities for the venture group. Bahl brings with him over 20 years in the high technology sector and over 15 years at a senior and executive level. Bahl also holds a non-executive chair position for an automotive manufacturing and distribution company and also a business incubation company. Previous to Betfair, Bahl set up a management consulting and business incubation company called Xclusivebydesign. Prior to that he was vice-president of services for Europe, Middle East and Africa in Computer Associates and was responsible for a US$122m services division and over 1200 staff. In 2002 Sajeeve joined Business Engine, a global project and portfolio management software and services company as vice-president for services in Europe, Middle East, Africa and Asia Pacific. Here he was tasked with professionalising and growing the business in the existing territories and growing into new countries. Prior to this Sajeeve worked for a start-up backed by 3i Europe and Intel Capital for three years. He was responsible for professional services and latterly operations. Before that, he held various International global executive positions in Baan, Oracle and PriceWaterhouseCoopers.