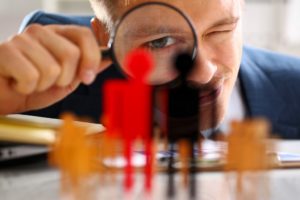 Carlyle Group is running a large process that would allow investors in its seventh fund to cash out of their stakes in what many industry observers are viewing as a test of the secondaries market, sources told Buyouts.

The process, known as a tender offer, is among several options GPs have to deliver liquidity back to LPs at a time when distributions and fundraising are slowing. LPs and GPs are on the hunt for liquidity in the absence of traditional exits, and secondaries is one potential outlet.

However, pricing in the secondaries market is uncertain and the bid/ask spread between buyers and sellers is widening. Sellers of fund stakes are either delaying sales until pricing becomes more certain, or pulling back active processes when bids come in too low.

For GPs, the tender process offers a way to deliver liquidity to LPs in older funds and build momentum around fundraising for a new pool. As fundraising becomes tougher in the volatile market, with many LPs at or above their allocation caps, more GPs may use tender offers as a way to reach their fundraising targets, secondaries market sources have said in recent interviews.

Carlyle is running the tender offer process that would allow LPs in its seventh fund to cash out of their stakes in the pool. In a tender, existing LPs can choose to either sell, or not, at a predetermined price to an already-selected buyer or buyers.

Carlyle, working with Evercore as secondaries adviser, has solicited bids from potential buyers and is expected to select a winner soon, sources said. Once the buyer is selected, the offer will be presented to Fund VII LPs. Carlyle closed Fund VII on $18.5 billion in 2018.

Carlyle’s deal would also include a shot of fresh capital from the buyer into the firm’s eighth fund, which is in the market fundraising now. Fund VIII is targeting $22 billion and raised at least $13.5 billion, according to the firm’s second quarter earnings report. Buyers agree to a staple of fresh capital in a tender offer based on a ratio. For example, buyers typically offer $1 of fresh capital for every $2 or $3 of secondaries sales.

A whale in the market

The deal has the potential to be huge, or to fizzle out, depending on the level of LP selling. The fair value of Fund VII as of June was around $22 billion, according to Carlyle’s second-quarter earnings report. Even a relatively small uptake of 10 percent of the LP base selling would be a more than $2 billion secondaries sale. The staple on top of a $2 billion sale would be significant, depending on the ratio of secondaries to staple capital on the deal.

One of the challenges in tender offer deals is getting LPs to actually sell, which they are more likely to do at higher prices. When not enough LPs sell into a tender offer, the deal is smaller and often becomes less attractive to a buyer.

“The challenge in these can be pricing and in this market, based on the record date, will the optical discount be acceptable to the existing investor base,” said a secondaries market source.

Buyers have something of an upper hand as they know LPs are increasingly hungry for liquidity. A discount is likely on the price of the tender, and the question is, how deep will it be?

“Buyers put a lot of capital to work over the last 12 to 24 months, they don’t need to stretch, especially with the macro environment being so challenging,” said another secondaries source. “I think buyers are using this as a test case: ‘We don’t need to overprice this, let’s see what kind of uptake there is.’”

For pricing, the median high bid across all strategies in the first half was 92 percent of net asset value, according to Greenhill & Co’s first-half volume report. Pricing for buyouts funds fell 9 percent, to 88 percent of NAV in the first half, Greenhill found. Prices have continued to fall throughout the summer and into the fall, sources said.

However, LPs appear to be growing more willing to sell in the tight liquidity environment. Evercore reported in its first-half volume survey that 77 percent of respondents said they sold in GP-led asset-based deals, up from 64 percent in 2021. While asset deals like single and multi-asset continuation fund processes are different, the numbers show increasing appetite among LPs for liquidity in secondaries.

Carlyle completed a tender offer plus staple deal earlier this year, allowing LPs in its past two financial services funds to cash out. The deal, which included several buyers, totaled around $500 million to $600 million, providing about $200 million in fresh capital to Fund VIII, Buyouts previously reported.