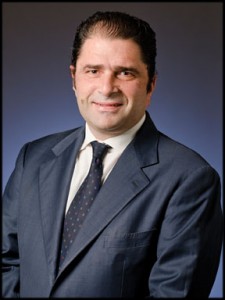 On the state of the Euro: I don’t believe the Euro is going to fall apart. If there is an exit from the Euro, it will be marginal countries, if anything. Larger countries, Spain and Italy for example—those countries have begun to make the required reforms. There is much more to do, but I believe those countries are on the right path. So the scenario of a big meltdown or implosion of the Euro—that risk is significantly lower than it was a few months ago, and personally I don’t believe it’s going to happen.

On the state of European banks: I do see another phenomenon impacting the Continent, less so in the UK and the Nordic markets. That is a continuous banking crisis that translates into a severe credit crunch, especially on the smaller companies that are the backbone of a number of European economies. It’s having less impact on the large companies that have access to international capital markets. Those mid-market companies that have relied primarily on unstructured bank credit, those are the ones that are suffering most.

Let’s start with the periphery, which is the more challenging area from a macro point of view. In our case, for us the periphery means Italy and Spain. We are not present in some of the smaller economies and we have no plans to go there. In Italy and Spain, unemployment is most severe, and the impact on internal consumer spending is most serious. We would be very cautious about any investment that relies predominantly on internal consumer spending.

France historically has been our largest market. It is the second largest private equity market in Europe. In the short term, France has some challenges. Some of the tax proposals and the anti-business sentiment in France will not help; probably this is short term and they’ll fix it somehow. France at the macro-level probably has some more pain to go through. It is probably living beyond its means. You will see some large corporate restructuring similar to what some German companies did 10 years ago.

Germany has the largest GDP in Europe. It has not been historically the largest PE market for Carlyle Group. Some things are changing. There are a number of privatizations going on. Germany certainly is the most vibrant economy.

The UK remains an extremely competitive market, and we have to be extremely selective there. Historically it has not been our largest market. If you take the “average” European private equity shop, the UK has been 50 percent of the market. We have been much more diversified from a geographic point of view.