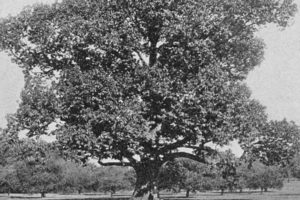 The future of Castanea Partners, which made headlines with its investment in cosmetics brand Urban Decay in 2009, is uncertain after a group of executives, including one of the managing partners, left last year, three sources told Buyouts.

Castanea, launched in 2001, closed its most recent fund, Fund IV, in 2014 on $600 million. The firm is not likely to raise another fund, the sources said. That could not be confirmed with the firm itself. Managing Partners Rob Smith and Brian Knez did not return multiple requests for comment.

Private equity firms often will operate for years without the prospect of raising a new fund, while gradually selling down remaining investments. Firms that can’t raise new funds often will continue investing by amassing capital for individual deals from select investors.

Several high-ranking executives have left in recent years, including Managing Partner Steve Berg, who worked at the firm from March 2002 until September, according to his LinkedIn profile. Berg formed a new firm called Stride Consumer Partners along with Juan Marcos Hill, a partner at Castanea who worked at the firm from June 2002 to October, his LinkedIn profile said.

Other executives who have left include Partner Adam Garcia Eveloff, who worked at the firm from August 2009 to September. Eveloff joined Norwest Equity Partners as a managing director, his LinkedIn profile said.

Other departures include vice-presidents Ben Tuttman, who worked at Castanea for eight years; Lindsay Ting, who worked there for around five years; Haegin Chang, who worked at the firm for three years; and Marion Schouten, director in business development and investor relations. Chang joined Exeter Capital as a principal last year; Ting joined Trilantic Capital Partners last year as a principal; and Tuttman joined Wayfair in January as head of outdoor decor, his LinkedIn profile said.

It’s not clear why the firm has had so many departures. Castanea has had at least two bankruptcies of portfolio companies over the years. The firm acquired Astor & Black Custom Clothiers in 2011, which filed for Chapter 7 liquidation in 2013. And the firm invested in Betsey Johnson in 2007, which then filed for Chapter 11 protection in 2012 and was bought out of bankruptcy by Steve Madden.

The firm in 2018 ended up selling jewelry brand Ippolita back to its founder after working with an investment bank to address cash concerns, the Wall Street Journal reported at the time. Castanea also sold fashion brand Proenza Schouler back to its founders in 2018 amid reports of financial difficulties, according to media reports.

Castanea was formed by Smith and Knez, who were previously vice chairmen of Nieman Marcus Group and co-CEOs of Harcourt General from 1999 until its sale to Reed Elsevier in 2001.

Castanea’s name comes from Castanea Dentata, the scientific name for the American Chestnut tree. With heights up to 100 feet, the tree was known as the king of the eastern American forests, according to Castanea’s website.