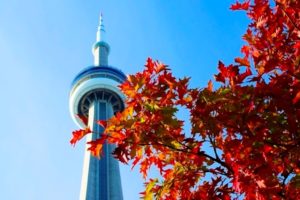 Catalyst Capital, a Canadian firm embroiled in court activity that closed its most recent flagship pool six years ago, is, for the time being, solely focused on monetizing investments out of its past funds, sources told Buyouts.

The firm is not ruling out a new fund at some point, but for now is working to manage out legacy investments, the sources said. LPs had expected the firm back with its sixth fund in 2017, Buyouts previously reported.

Catalyst Capital, based in Toronto and led by Newton Glassman and Gabriel de Alba, also has discussed potential succession scenarios. De Alba is in the process of launching a separate fund that will retain some connection to Catalyst, sources said.

Part of what has prevented Catalyst from moving forward with a new fund likely has to do with ongoing litigation that has enveloped the firm over the past few years. Catalyst has been locked in a multi-year court fight with Toronto hedge fund West Face Capital over claims of poaching employees to gain insider information and alleged short attacks against Catalyst portfolio company Callidus Capital Corp, a private lender.

More recently, Catalyst claimed West Face worked with Anson Group Canada and a “wolf pack” of conspirators to drive down the price of Callidus and prevent it from collecting from defaulting borrowers. West Face and its chief executive Greg Boland countersued for defamation, and those court proceedings are ongoing, according to court documents. Catalyst also sued Dow Jones & Co for defamation based on coverage of the firm in the Wall Street Journal, a case that remains active. Dow Jones stood behind its reporting as fair and accurate, according to a WSJ report earlier this year.

The firm also was sued by one of the LPs in Fund V. Missouri State Employees’ Retirement System sued Catalyst last year, claiming the firm mishandled its money. The system also asked a judge to block Catalyst from drawing down new capital from LPs.

A circuit court judge in April denied MOSERS’ request, made in the form of a preliminary injunction that would have prevented Catalyst from making capital calls on Fund V. The judge denied that request from MOSERS as well as another that would have barred Catalyst from holding MOSERS liable for not meeting capital calls. The firm’s ability to call capital was codified in the Fund V contract, the Judge argued in his decision.

The status of the lawsuit is not clear. A MOSERS spokesperson declined to comment.

For Catalyst, the lack of a new fund, or active fundraising plans, six years after the last pool closed, breaks a fairly aggressive fundraising cycle. The firm, formed in 2002, has raised more than $4.3 billion across five funds. The first, a 2002, vintage, closed on about $185.6 million, and Fund II, a 2006 vintage, closed on $634.9 million, according to a presentation for Fund V.

Firms generally fundraise after 70 percent to 75 percent of the prior fund is deployed (this threshold varies from firm to firm). Most firms would be expected to have raised new capital, or be in the process of raising capital, before the expiration of the investment period on the prior fund.

For Catalyst, the job at the moment is to monetize the older portfolios and maximize value out of Fund V, according to the person with knowledge of the firm. The firm would not rule out raising a new fund at some point, the source said.

Glassman’s main role is to oversee monetization of investments and oversee Fund V transactions, according to an investor presentation from last year.

De Alba, who is listed as a key executive on Fund V, according to documents from New Jersey’s Treasurer’s office, will still maintain responsibility over Catalyst investments, the source said.

His new venture will be a separate GP that will retain ties to Catalyst, though the exact nature of the relationship is not clear. Glassman will not be involved in the new fund, according to the investor presentation. It will have a different scope from Catalyst, which focuses on Canadian companies, with a mandate to investment in companies in the US and Europe.

He is expected to start raising money later this summer, sources told Buyouts.